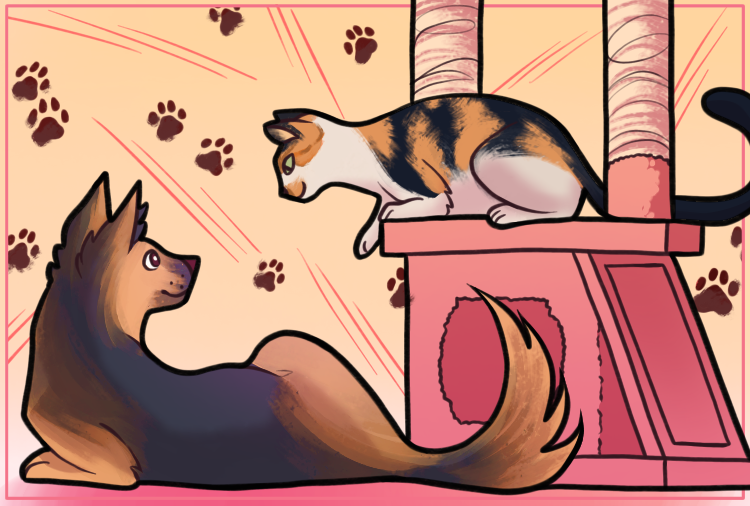 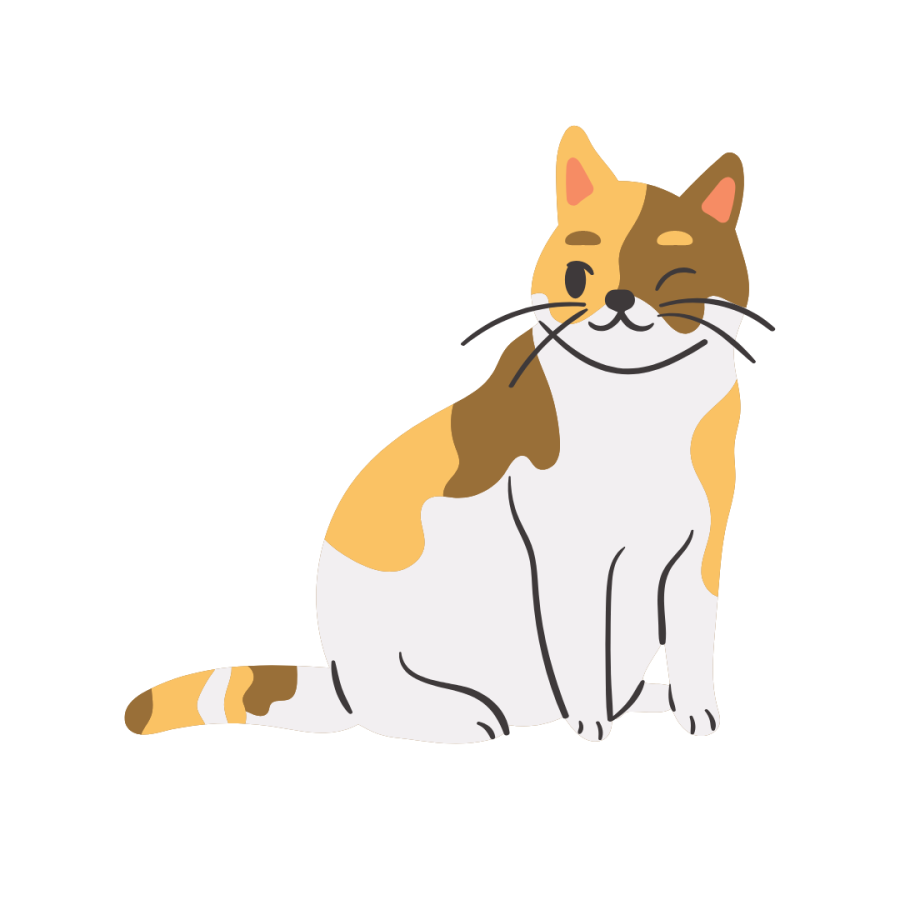 PRO: Cats Are The Better Friend

Do you ever wish you had a furry friend and peace of mind at the same time? Well, look no further, for you can have a feline friend. Yes, owning a cat is way better than owning a dog. There are several pros and cons to owning a cat.

The first benefit to owning a cat is that cats are low maintenance. They are naturally born with the instinct to use the restroom in what resembles litter, meaning that if a person were to bring home a kitten, it would perform its business in the litterbox without training! With dogs, they have to be trained to go outside and communicate whether or not they have to potty. For a new owner, this would get pretty redundant and exhausting fast. There is no telling when a dog will have to use the restroom. It could be 12 a.m. when a dog has to be let outside!

Another benefit to owning a cat is that cats are solitary animals. That does not mean that a cat will not care about you, but it means that a cat will respect their owner’s space. With dogs, their system gets very hyper, causing them to jump all over people. With various sizes of dogs, this is certainly a downfall for those who own large ones. For example, a Great Pyrenees dog on average, weighs over 100 lbs. With that being said, no one would want that much weight to be put onto them at full force.

Felines also manage pests such as flies and rats. The hunting instinct built into cats becomes a huge benefit when it comes to managing critters. Dogs just chase whatever that moves, and there’s no guarantee that what they catch will be beneficial. Dogs usually play with what they catch, but cats secure the kill.

The last advantage of cat ownership is that cats require less grooming and upkeep. Cats do not need to be walked like dogs do. Felines also groom themselves, cleaning whatever dust or dirt is on them. Cats also do not build up strong odors like dogs do. There is no term for cat breath but there sure is one for dogs.

Unfortunately there are cons to owning a cat, the first being that cats will put their claws on you at times. This could be out of the intention of playtime or irritation. Regardless, every person that has owned a cat, has been scratched at least once.

Another disadvantage is that their litter box odors can spread around the house. This is not a pleasant experience and since dogs use the restroom outside, there are no fecal odors indoors. That means that the litter box must be cleaned daily.

Sadly, cats will claw at furniture. It doesn’t matter if you get them a scratching post. They will scratch at your couch. Their sharp claws damage furniture and that is not something that is easily fixed.

All in all, cats are the superior pets. They are low maintenance, respect your space and do not need to be litter trained. Not to mention, they are simply adorable. 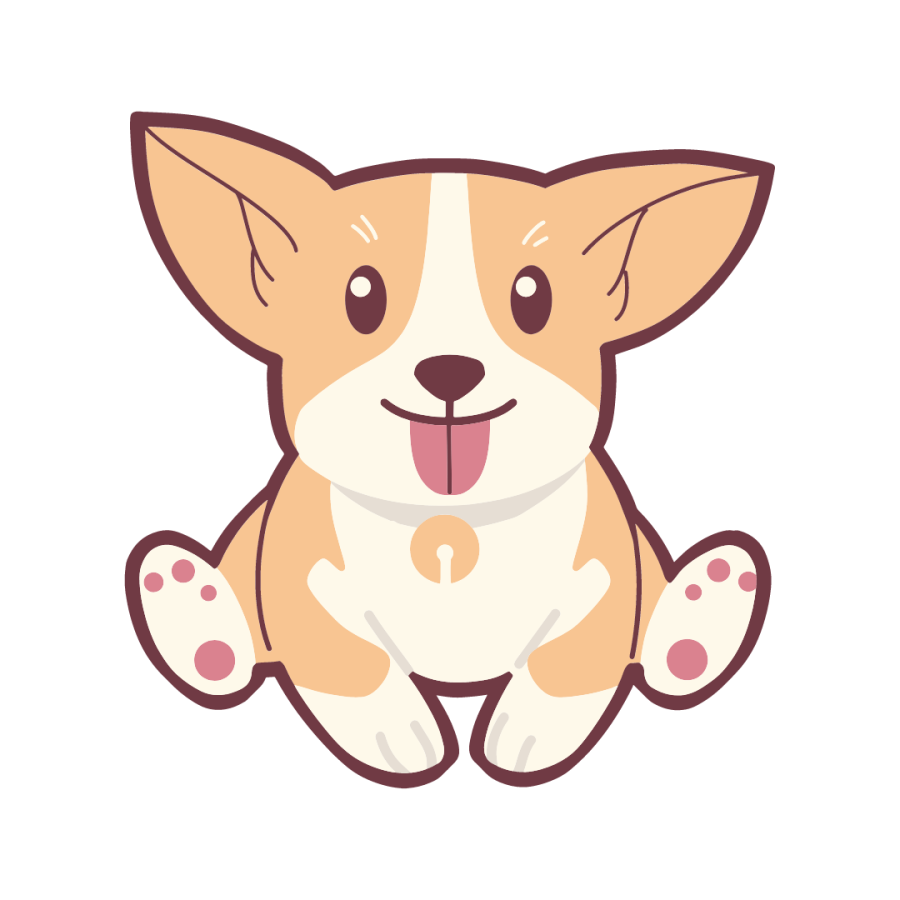 PRO: Dogs Are The Better Companion

Through life people want and need companionship, someone who you love that will love you back. Dogs do just that, whether big or small, dogs have a lot of love to give. A dog is a man’s best friend.

Dogs or cats has been a debate between many people since the beginning. We all know dogs are superior. With a dog you can chill out or go out and have fun, cats just don’t. I mean think about all the dog movies in the world that prove dogs and man are made to be friends; A Dog’s Journey, Marley and Me, A Dog’s Purpose these all show that dogs are the ideal pet, friend and hero at times. Dogs just make sense in every way, to be honest what do cats even do? They just sit there and whine, then sometimes they want you to love them. Dogs have their moods and sometimes may be a little too energetic but they always keep you on your toes, bring liveliness and energy.

Having a dog is even beneficial for your life, health and state of mind. Dogs help promote an active lifestyle which is important for physical health. Dogs, no matter what breed, are 70% of the time happy and upbeat creatures. That is why they are often used as emotional and physical support animals. Having an animal that can keep you happy and healthy will automatically increase your state of mind. Speaking of state of mind, it will also ease your mind to know that dogs are more susceptible to suggestion when it comes to training with someone they trust. Also, if a dog trusts you they will be more likely to protect and guard you from harm.

There is only one right side to this dogs and cats debate, dogs are better all day everyday. Cats are cute if you find laziness, sassiness and aggressiveness cute. Just imagine the smells you would have to deal with because of litter boxes opposed to dogs who use the bathroom outside. Don’t forget cats are aggressive animals and they would attack you and they love to scratch your furniture. Sure, dogs shed but you can easily vacuum that up and not have to get a whole new couch because of the damage.

Dogs have many strengths for example the police force uses dogs to help solve crimes, find evidence or even find people. Because of their strong senses dogs have become great protectors. Dogs are so cool that even one of the best musical artists named himself SnoopDogg, what more do I need to say? Dogs are great in every way possible and they are the superior pet; dogs are loving, cost efficient and protective.