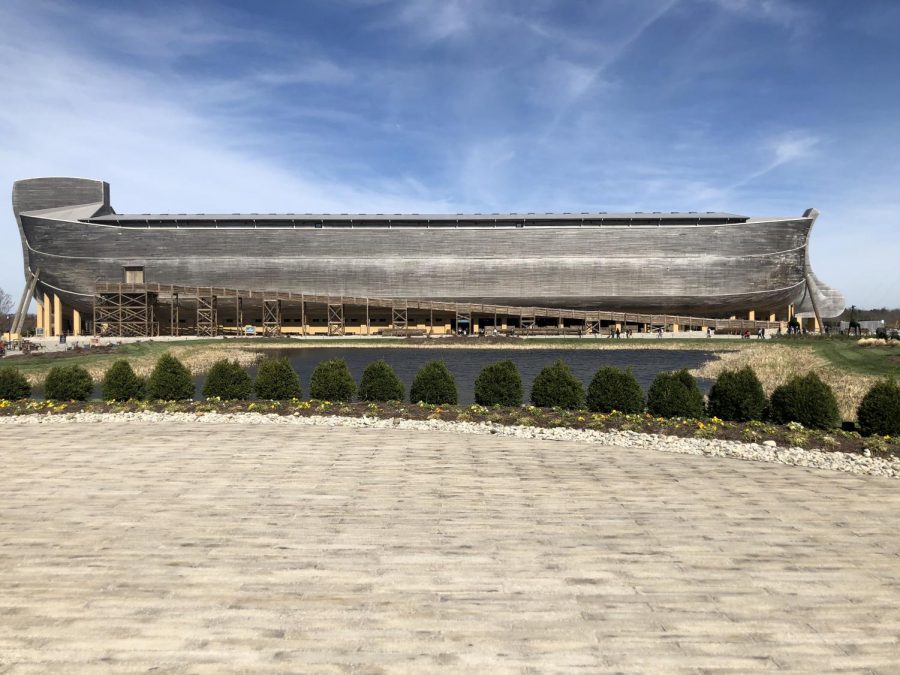 Visiting the Ark is a Step Back in Time

The amazing experience that my family and I had in Kentucky was powerful and life-changing. The Ark had the exact measurements that are recorded in the Bible and it was made from the same wood recorded in the Bible as well. Being there completely inspired my faith in God even more and reminded me of the amazing things that only He can do. It really showed me what it would have been like and it felt like I had stepped back in time.

It also did not just share about what happened to Noah and his family but also shared the message of Jesus Christ and how He is the door. Inside the Ark they had replicas of animals you never could imagine and mannequins of Noah and his family that looked completely like real people. They told you about how sin entered the world with Satan in the garden and how he tempted Adam and Eve. They talked about the fall of man and how God was going to restore everything by using Noah to build the Ark.

The gift shop was really cool and it had a lot of interesting things you could buy, although some of it was a little expensive. The food was good. We ate pulled pork and sides like coleslaw, baked beans, and mashed potatoes. Although our bags were blown away in the wind we still had a good meal. And seeing the Ark no matter how far you stand away from it it is still a massive structure of a wooden vessel that only God could have given the instruction to build. Even from the back of the parking lot you could still see it.

They had a nearby zoo which had camels, zebras, alpacas, llamas, kangaroos, tortoises, lemurs, birds, goats, a donkey, and a cow. My favorite animals to see were probably the camels and kangaroos. There was one specific camel who was absolutely filled with pride in his image, with his head held high, and with a look on his face that looked like he was actually smiling, people gathered around to take pictures just of him. You could actually go through and see the kangaroos, they were so relaxed and acting almost like humans when it comes to their body language.

I thought it was amazing how God chose one family and restored everything through using Noah. They had exhibits on how scientific discoveries prove that the flood actually happened and as well how the Bible was translated over hundreds of years so people of different cultures could read and understand God’s Word. They also told how Noah and his family lived and took care of the animals and the Ark. Noah and his family worshipped God and spent their days doing their job and helping each other. The Ark was three stories high just like in the Bible and was full of faith. My family and I thought it was an awesome experience, even if we did have to do a lot of walking.

This is an experience that I know I will never forget and that I will always remember. If I could I would definitely go again. My favorite part of seeing the Ark is being reminded of God’s awesome power and the exhibit hall where they talk about the crucifixion and resurrection of Jesus Christ and how people must come to receive Him because he is the door. This life-long memory has really helped spark my faith in Christ. They also explained how even though the Bible is filled with emotions, history, life lessons, proverbs, and letters, and how everything was made, and the gospel, that it is God-breathed and written by Him and is the full Truth.