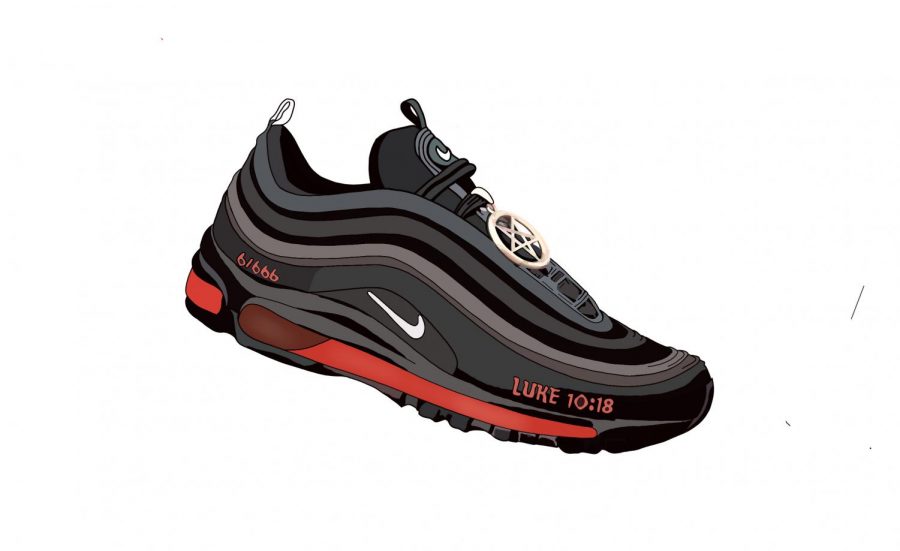 Shoe Controversy More Than It Appears

Shoe design is like an art. The artist is allowed to speak their mind and feelings through their work. When a person makes a shoe or colorway most of the time it has something to do with the designer or the person wearing the shoe. It means something to them and because it means something, they usually put forth more effort to make sure their feelings, message or mindset gets across to the viewer. This is not any different for Lil Nas X and his so-called “Satan” shoes.

First of all, Nike did not have any involvement in the making of the Satan shoes. Lil Nas X reached out to a viral marketing company called MSCHF and sold the shoes through them. Personally, I don’t really like the shoes, nor what they stand for. When you call a shoe “Satan Shoes,” I do not think you are going to get many people behind it. The colorway by itself was not bad. It was a simple black and red, but the misused Bible verses like Luke 10:18, and the overall atmosphere of the shoes made them unappealing. The cherry on top is I am a Christian and none of the meaning nor symbolism vibed with me. However, in a way I think these shoes bring up a different, but important point.

A lot of shoes have meaning behind them and reasons why people decide to create them. The designer has a message they want to share, a story if you will. These Satan shoes are that message for Lil Nas X, a story he wanted to tell.  After the release of his new song called Montero Lil Nas X took to Twitter saying, “ I spent my entire teenage years hating myself because of the ** y’all preached would happen to me because I was gay, so I hope you are mad, stay mad, feel the same anger you teach us to have towards ourselves.” The Satan shoes were his message and that Tweet was his reasoning for making them. That is heart-breaking, As a Christian, it is simply our job to bring new followers and make disciples. It is not our job to tell people what they should and should not do. That is left to one person and that is God. Whether or not you are a Christian, bringing anyone down because of who they are is not right. We are all different

The shoes are a pass for me. Looking back on them, they were created more for attention than they were for actually selling the shoe. So, for the fashion aspect, I would give them a cool 5 out of 10. However, the shoes did their job at getting people up at arms, so for that purpose, I give the idea an 8 out of 10 and. That leaves the shoe with an overall grade of 13 out of 20. Not too bad in regards to judging the shoe, but the lesson the shoes could possibly teach is priceless in so many ways.