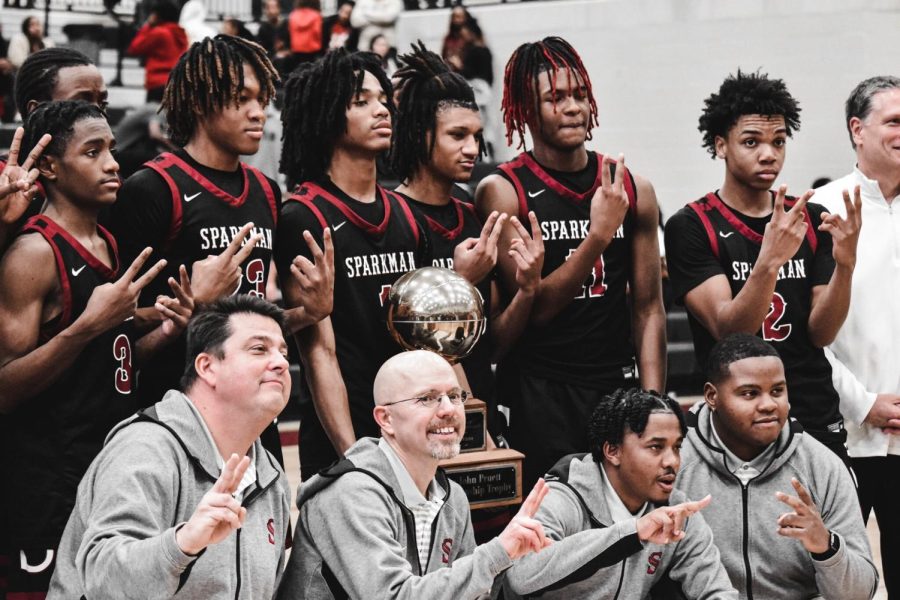 From Underdogs to Champions, The Senators Snag The Win

With basketball comes big tournaments, like the Huntsville Times Classic. The Huntsville Time Classic, held over Christmas break, is regarded as one of the biggest tournaments of the year. It features the top teams in the area and the winner gets bragging rights and a trophy.

Entering the tournament as an underdog, the varsity boys prevailed, winning their second consecutive Huntsville Classic.

“It felt great to prove everybody wrong and prove we belong there. It showed them that we were the best team in the tournament,” senior Cameron Jones said. “They were all shocked because of the competition we were up against, they listened to the outside crowd and didn’t believe us. ”

The team began the tournament defeating Buckhorn 45-40, then they faced Westminister defeating them with a great game plan and holding them to 35 points to win 47-35 in the semi-finals, the Senators scored 62 points to eliminate Bob Jones in a 62-28 victory. This win pitted the Senators against Baker High School out of Mobile. Baker is led by nationally ranked Lbaron Philon. With good defense as a strategy, the team shut down the Baker offense, winning the game 64-52 To claim the trophy.

“ It was great having the feeling of joy holding the trophy up high with no regrets knowing we left it all on the floor for the second time in a row, now we’re on to win state,” Jones said.

As a member of last year’s team,  Jones has won the Classic championship twice now but there are many whose only one it once and their standpoint is different.

“Winning the championship going in as the underdog made me feel great about proving everybody wrong because they thought we could not come in and put on a show or get the job done.” Chase Jackson said. “People didn’t expect us to win and they were in shock and disbelief. It makes me more determined than ever when I see people walking out upset that we won the classic.”