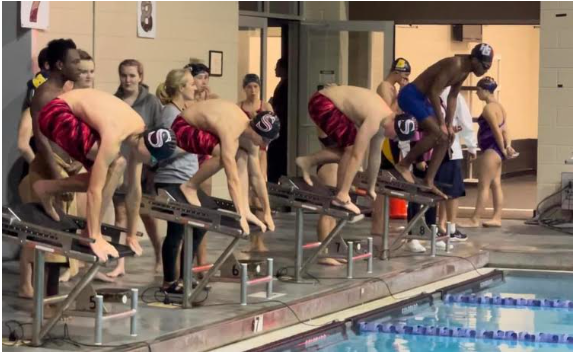 On Oct. 18,four swim teams,including Sparkman High School, competed at the Madison County Championship.Both the mens and womens team for Sparkman finished third being led by sophomore Quintellis Darden II and senior Rebekah Cline.They both met Sectional qualifying standards and will compete in sectionals at HAC on Nov. 18.

Sparkman had quite a successful night for both of the relay teams earning a lot of points for the team. The 200 Yard Medley Relay teams for both men and women earned 14 points for Sparkman with both teams finishing second.The men scored another 14 points placing second for the 200 Yard Freestyle Relay with Darden as their starter and Williams as the anchor.