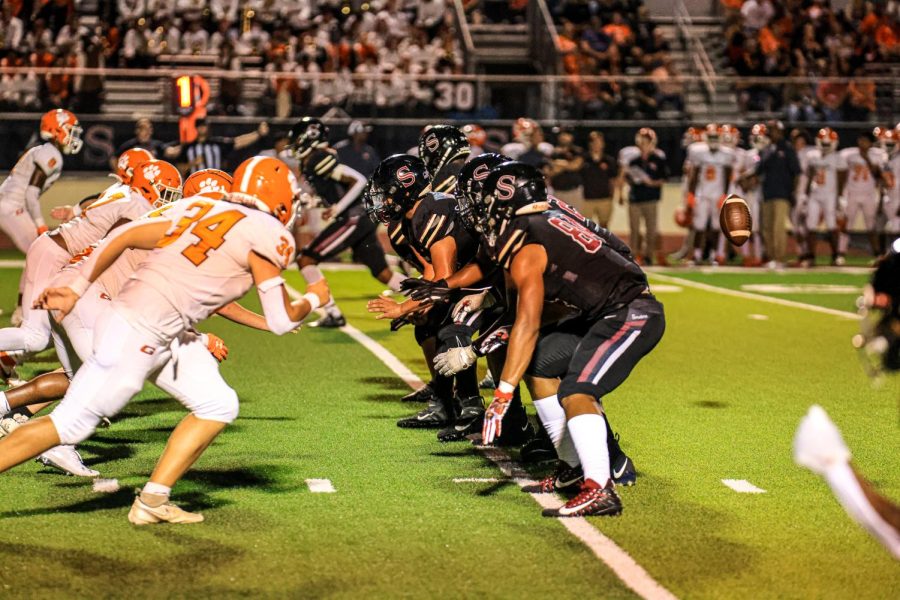 Insight On What Happens Behind The Scenes of Sports

Basketball manager Blair Williams and wrestling and football manager Peyton Majors are important parts of the teams they work with. Without them the team wouldn’t be the same.

Every sport has its own set of people behind the scenes, such as coaches and sports managers. Coaches are often applauded for leading their team to victory, but the role of sports management is often overlooked. The managers of these sports teams don’t manage for the popularity, but manage for various reasons.

“I wanted to be a manager because I personally don’t play basketball, but I love the sport,” Williams said. “There’s something about helping with making sure players are okay and setting things up so they can succeed that makes me happy.”

As a basketball manager, Williams must collect data for the team, deliver balls and towels for the players, help with stretching and transport injured players to a trainer.

“It can be difficult to be organized in a crazy sport like basketball, but it’s so important for them to be successful,” Williams said.

Williams wants to be a nurse practitioner and says that being a manager is training him for that in certain ways.

“After high school, I plan on going to medical school, so helping other people out like I’m doing now will help me prepare for the actual job,” Williams said.

Other students like sophomore Eden Murchison became a manager because of their family’s love for the sport.

“My family is a football family. We all love football,” Murchinson said. “I thought that with being a manager I could be closer to the field while still helping the players do everything they need to do to win, so I just decided why not.”

Murchison, along with other football managers, keep inventory of uniforms, fix helmets, ensure that everything is in the players’ lockers, and assist with packing for away games.

“I love being able to travel and watch football games for free,” Murchison said. “You also get the perk of being on the football field, so me and the managers get the best view.”

Then, there’s other students like senior Payton Majors that started managing because they were invited by the coach.

Majors’s dad was one of the coaches for the wrestling team, meaning that she would always be around the team.

“Whenever my dad was coaching after school, I would just stay with him and watch,” Majors said. “I would just help set up, put things in the right place, all that stuff.”

After a while, one of the other coaches, Coach Ronnie Watson, invited Majors to be a manager for the team. Majors said yes and that’s when her job began.

As a wrestling manager, Majors has to keep track of sports equipment, help clean up the mats after practice and matches and help keep inventory of uniforms.

“We pretty much keep everything organized so Watson doesn’t have to stress about it,” Majors said. “It teaches you responsibility, how to be organized and leadership skills.” 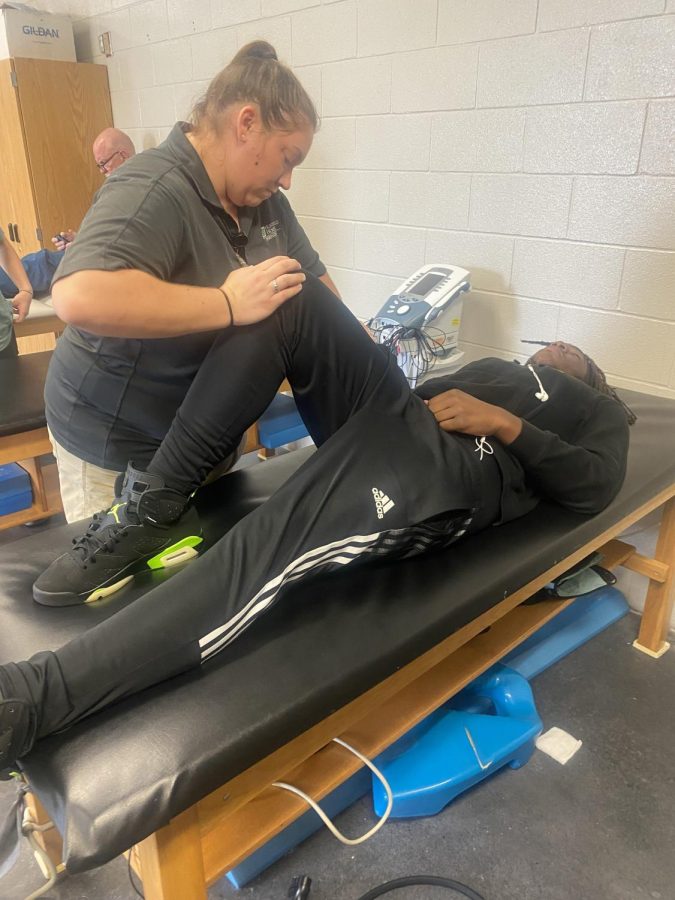 Q & A: With Sparkmans Sports Trainers

Crimson Crier : How many students do you have  come on a day to day basis?

Colleen Earley : We get around 50 to 60 students on a day-to-day basis.

CC : What is the most common injury?

CC : What’s the most rewarding part about your job?

CE : The most rewarding part of my job is getting athletes back to the sport that they love.

CC : What services do you offer to keep athletes in the game?

CE : We have preventative care and first aid at games and practice we have doctors that come every week

CC : What team in sport do you see the most and why?

CC : How do you make yourself a part of the team?

CE :  I go to know them and talk to them at practice/games.

CC : What is one of your favorite quotes?

CE : My favorite quote is “They don’t know that you care until they see how much you care.”

CC : What’s your advice on how athletes can stay healthy?

Crimson Crier: How many students do you have come to you on a day to day basis?

Andy Whitt : About 50 students come in one day. They don’t ever stop practicing and there injuries just keep building up.

CC: What is the most common injury?

AW: Ankle sprains have a lot of different factors. Most people have a loose ligament  and bad balance and that has a lot to do with ankle sprains.

CC: What’s the most rewarding part about your job?

AW: Being able to help them and be there for them so most people don’t have to pay for healthcare and things like that.

CC: What team in sport do you see the most and why?

AW: Football mainly because there  are 150 of them but percentage it would be girls sports mainly Cheer.

CC: What’s your advice on how athletes can stay healthy?

AW: You have to care and get to know the athletes. It’s not just just a job. The way I see it, their health is more important than just a game. Be as invested in these athletes as I can. 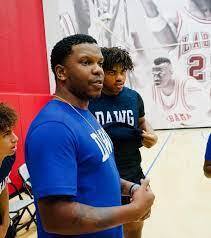 A personal trainer is someone that an athlete can go to improve their bodies and skills. For Daryl Feagins, Coach D, that is his lifestyle. He helps athletes transform their mind, body and soul to achieve their dreams and reach the next level through his one-on-one training and workouts.

“It just comes with the territory of training, some athletes will always put in the extra work so I just made myself available,” Feagins said. “When I moved to Huntsville, kids started coming a lot because we were in quarantine, so the individual training worked perfectly.”

Through his training with athletes from throughout the state, Feagins has had many new doors and chances open up for him, eventually bringing him to Sparkman boys basketball program.

“I’ve worked with Will Hawkins, Melo Montgomery, Chase Jackson and Chase Bell since I first moved to Huntsville. Warren Jackson used to write to me all the time when he was at Huntsville High, so being a part  of their senior year was very important to me. It was the right timing,” Feagins said.

Seeing the kids grow and develop and achieve their goals is what Feagins continues to strive for during his training sessions, as well as seeing the results that come.

“The first guy I had to get a power five offer, told me that the workouts he did with me made the workouts at this school seem light. That lets me know that I’m doing something right and I can’t change my training to make it easier for guys that don’t want to work hard. Those that want it, will level up and dawg it out,” Feagins said.

Often being around the athletes allows Feagins to connect with them and understand them on a personal level. Feagins gets a glimpse of who the players are as people and how he can help them reach their goals on and off the floor.

“First and foremost,I care about them as individuals. Beyond sports, it matters to me that each athlete has a safe space to grow, make mistakes and feel confident that I have their back no matter what.” Feagins said.

The athletes that come in to see Feagins can see the change and progress they make through his workouts.

“As a player and a person he has helped me gain a lot more confidence in myself and my role on the team, and he has also helped me get into a much better basketball shape. Whether it’s jumping higher or running faster it’s thanks to him,” senior Jayden Gardner said. 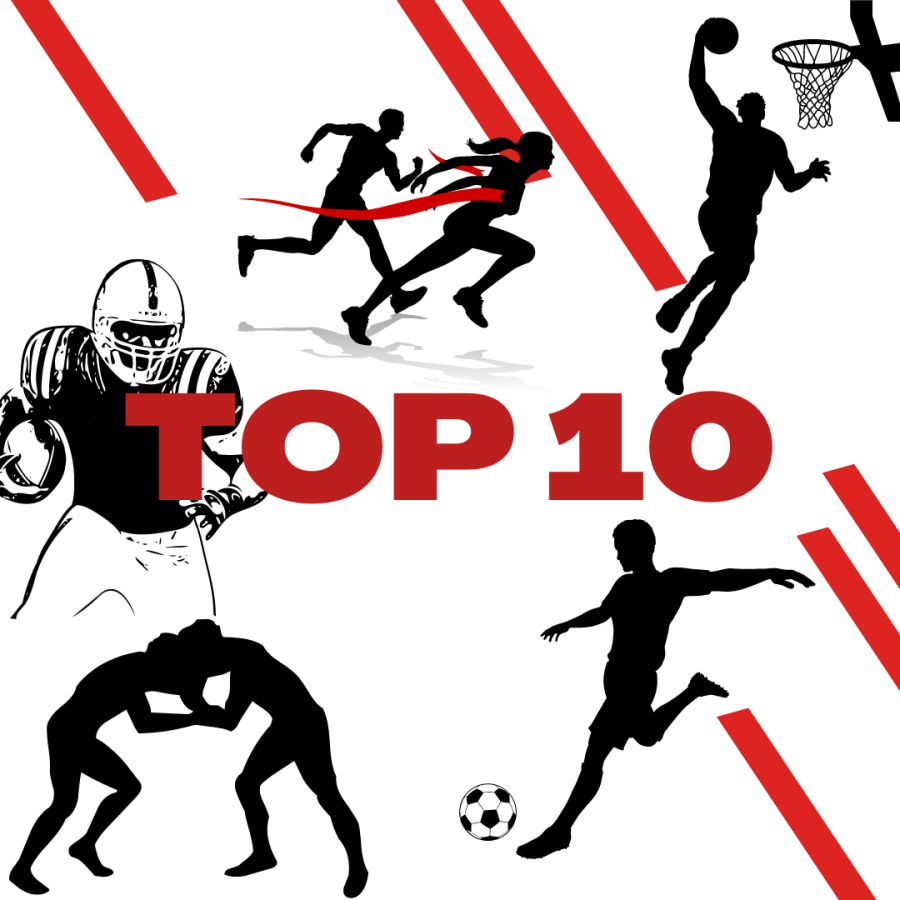 1. Do your school work

The first thing college coaches look at is your grades and how you behave in the classroom. If they see that you have good grades, that increases their interest in you. They do not want to have to deal with kids that can not balance their school and sports life.

Things like ice baths and stretching can prevent injuries from causing a lot of pain.

Taking care of your body is essential so you can focus during your day and your game. If you do not take care of your body and get enough rest and exercise, you increase your chances of being injured during or after the game, which is something  athletes do not want to experience.

Lead your peers and set an example. Showing your responsibility and teaching others to do better will greatly impact the way they think of you. It is important to be a leader since it shows not only that you can work well, but also that you can be someone the team looks up to.  It also proves to coaches how decadated you are.

Have good relationships with coaches and teachers. College coaches will ask them various questions about you. Be respectful and kind to all adults maintain a good realtionahip with them. It is always good to be talked about in a positive way.

5. Learn from your mistakes

When you fail, learn from it. If something bad happens, make a better outcome of it, don’t just settle for that. You can make anything better if you want to.

Staying in shape all year will benefit you through sports and daily life.By running simple sprints or easy exercises. This will keep your body running well and more durable for the season.

7. Reach out to coaches

Do not wait for coaches to contact you. Reach out to them when you get the opportunity. Not all colleges will come to you, it is your job to reach out to them for a bigger chance of success.

You have to give time to sports and daily life. Balance your sides to keep both at a high level. It cannot be all sports or all life it has to be a mixture. If the balance gets out of hand everything will be messed up.

Work hard in everything you do to get better at it. Never stop working. K

Keep it up at all times. In order to be the best, you have to put in the most work. Hard work always pays off.

What Happens During The Off Season? 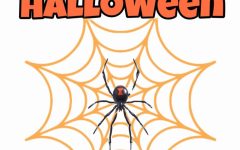 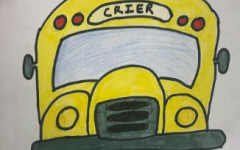 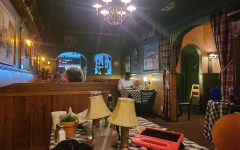 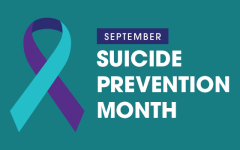 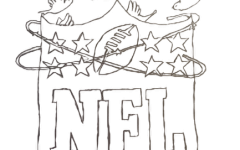 Following A Slew of Injuries The N.F.L. Adjusts Its Protocol 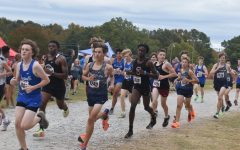 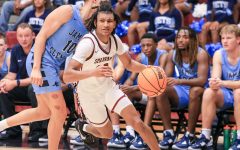 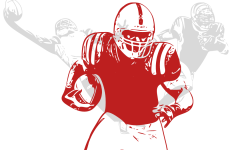