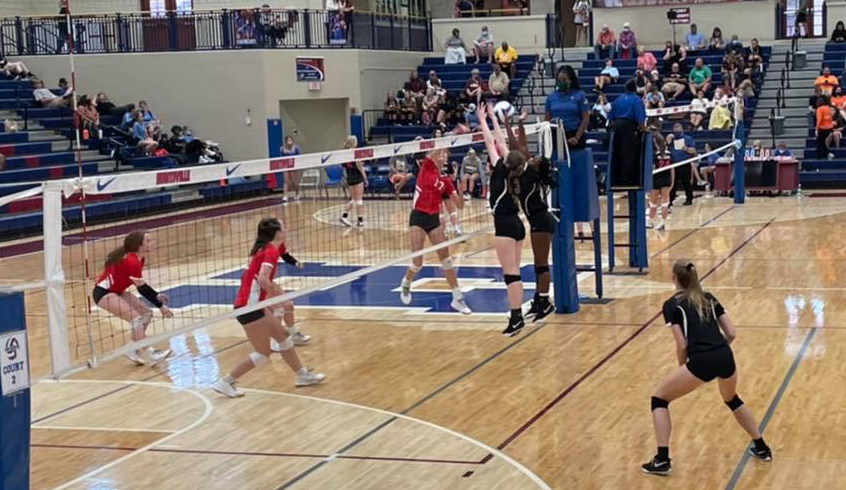 The volleyball team faces off against Hazel Green in the first match of the Iron Man Tournament.

The couple of weeks of competitive sports has had its ups and its downs.

COACH SPEAK: We scheduled a week of top ranked schools (16 matches total) and the girls crushed it, going 14-2. We are getting better every single day!- Coach Chandler Phillips

The football team is currently 0-2, after falling to Gardendale on opening night and then to number-one ranked Thompson, 55-0 on Friday, Aug. 28. The Thompson defense proved tough, recovering two Senators fumbles.

The team will open up area play on Friday at Albertville High School.