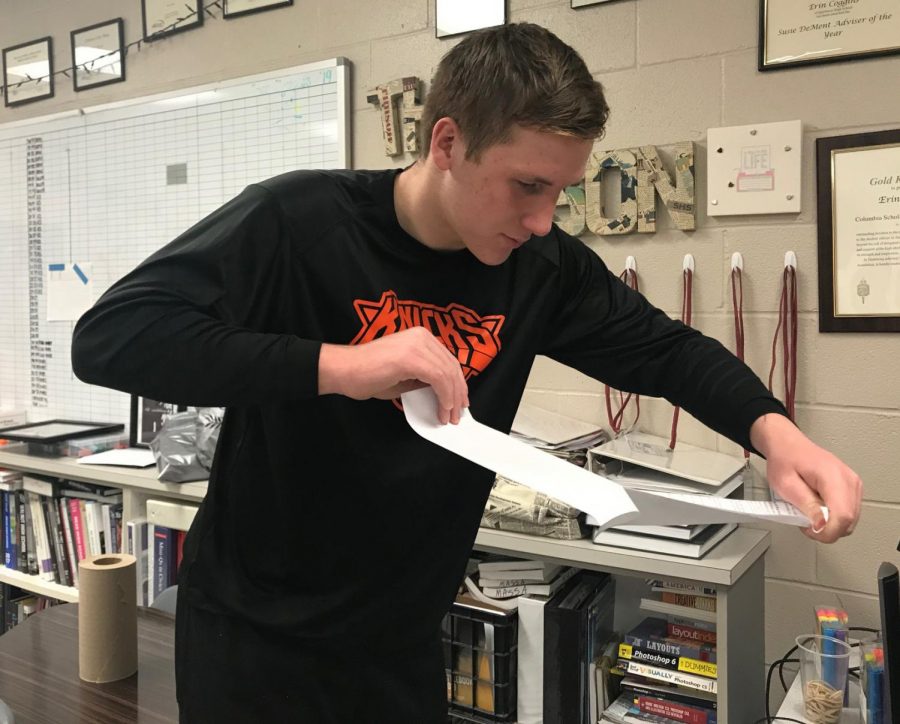 Frustrated with his bracket, senior Myles Gollop tears it a part.

March Madness is known as a place where legends and legacies are made-a place where dreams are crushed and Cinderella stories come true. This year’s tournament has been nothing short of pure madness. People’s brackets crumbling before their very eyes and teams that absolutely no one thought were going to even make it out of the first round are suddenly in the Sweet 16.

It’s safe to say that March has been truly mad, with teams like Illinois and Florida being eliminated by teams like Loyola Chicago and Oral Roberts. The most shocking of the two games were Loyola Chicago vs. Illinois. The number one seed Illinois lost to Loyola Chicago by 13 points, advancing Loyola to the Sweet 16. Honestly, not many people knew Loyola as a basketball school, but Loyola stat-wise played far better than Illinois. Loyola was not only more efficient than Illinois, but Loyola simply found a way to neutralize Illinois’ offense and make it extremely hard for Illinois to score.

The second game Florida vs. Oral Roberts was a heartbreaker for Florida fans. Florida lost this contest by three points and players, like Tre Mann and Colin Castleton still had good games, but Kevin Obanor and Max Admas just torched the Florida defense. Obanor finished the game with 28 points and 11 rebounds and Admas finished with 26 points, seven rebounds and two assists. It doesn’t help that Florida had 20 turnovers  to Oral Roberts’ 12 and Florida only got to the charity stripe 9 times to Oral Roberts’ 23 times.

The chance of having a perfect NCAA Basketball Tournament Bracket is 1 in 9.2 quintillion.

Probably the second most shocking game of the second round would be the Oregon vs. Iowa game. Iowa’s Luka Garza, of course, did his thing by putting up 36 points, nine rebounds and an assist with two other players scoring in double-digits. However, Oregon had four players that scored in double digits. Oregon’s leading scorer was Chris Durate, who put up an incredibly efficient 23 points, seven rebounds and three assists. Oregon was more efficient from the field shooting 56% while Iowa only shot 46%. That 10% difference sealed Iowa’s fate. They could not stop Oregon from scoring. Iowa lost the contest by a score of 95-80.

It’s safe to say that everyone’s brackets up until now have all been messed up. The teams that people were banking on making it far in the tournament are now out and their season now over, while teams people had written off, or probably didn’t even pay attention to, are now moving on to the Sweet 16.

This is March Madness. It creates legacies from a single game and crushes dreams of Final Four hopes in one single shot.