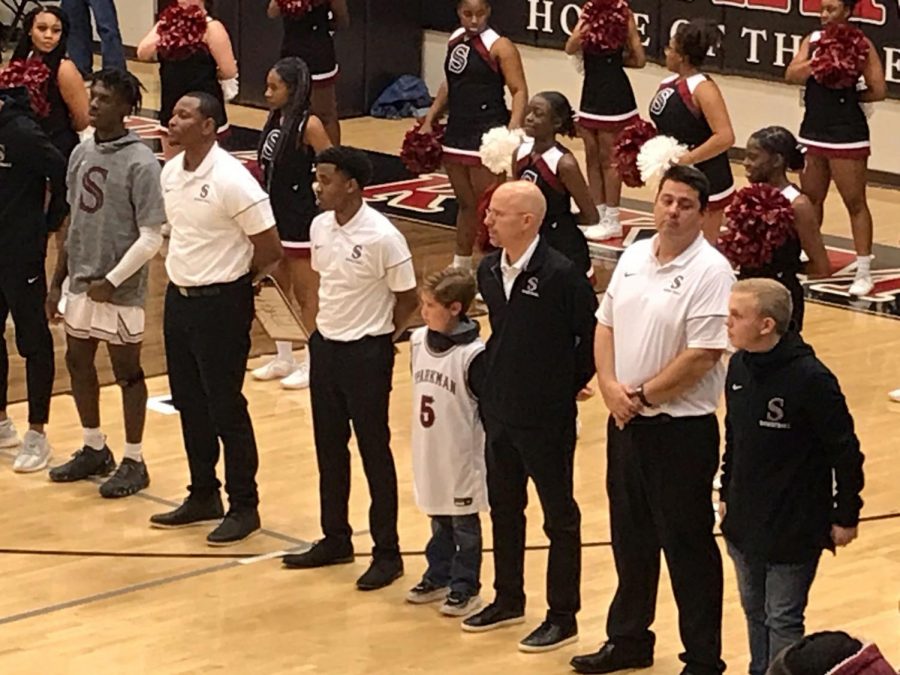 During the game against Hazel Green, Hall encouraged the team to fight for what would become a 49-44 win. Fighting, something Hall knows all about.

“As soon as he was able to pick up a ball and play ball, he had a natural talent,” Hall’s mom, Emily said. “Even when he had to stop playing, some type of sport would always be on TV.”

In February 2018, Hall began the fight for his life when he was diagnosed with acute lymphoblastic leukemia at just 8-years-old. Immediately after his diagnosis, he was admitted to St. Judes for six months. Hall had to take a pause on school, friends and the things he missed most, including basketball.

“Trey has missed so much throughout his treatment period. Tonight, where he is getting a lot of attention, is so good for him,” Emily said.

Like any teammate, Hall attended a practice where he met the team and watched them prepare for the rest of the season.

“Meeting Trey last week and then having him here tonight just makes me want to play that much harder,” player Chase Harris said. “He is such an inspiration.”

Signs lining the gym read “go Trey”, “beat cancer”, and “we are cheering for you” while fans wore orange to show their support. The cheerleaders even spelled out his name in their pre-game stunt sequence.

“Having the community behind us, is so encouraging for our entire family,” Emily said.

Hall’s wish to sit on the bench started when Jason Brewer told, basketball coach, Jamie Coggins about a 10-year-old loving the game of basketball. After contacting a family friend of the Hall’s and hearing his story, Coggins knew something much greater than basketball could come of Trey being a part of the team.

“We constantly try to teach our boys there is more than basketball,” Coggins said. “Having the boys meet Trey and interact with him was as good for them as it was for Trey.”

Hall has a year of treatment to go but is through the more severe stages of treatment. He is slowly beginning to get back to life as normal, playing Upward basketball and starting school once again.

“I love basketball,” Hall said. “Playing [basketball] makes me feel so much better.”