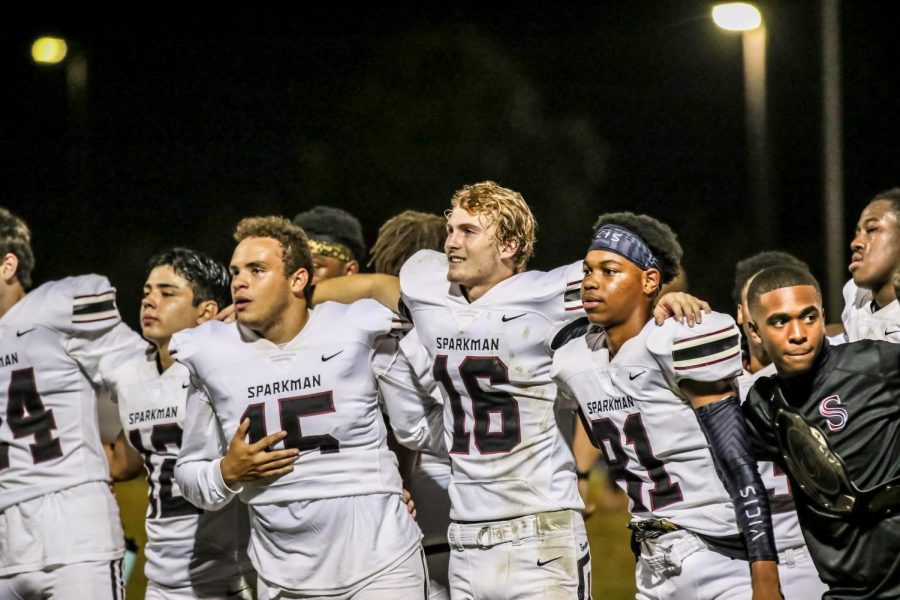 The team celebrates after their 27-14 win over Bob Jones on Friday, Oct. 11. The Senators had not beaten Bob Jones since 2006.

In 2006, the Bob Jones Patriots starting a winning streak against the football team. A winning streak that always made even the most hopeful of Senator fans sad at the buzzer signalling the end of the game. However, that all changed at last Friday’s football game. After suffering 12 years of defeat at the hands of the Patriots, the football finally prevailed with a 27-14 victory.

“We were excited to have won, the players especially,” coach Laron White said. “Since the school has not beat them in so long it definitely felt special.

This victory is not the only triumph that the team has seen this season. The team has played seven games and have garnered seven wins to be undefeated and ranked seventh in state 7A. Now being tied with James Clemons for the number one ranking in the area, the stakes are going to be high come the next game.

“I’m going to go into this weeks game as I would any other,” junior quarterback Nick Sawyer said. “Win or lose, I’m here to play a game I really enjoy so I’m going to give it all I have and hope the rest of the team does, too.”