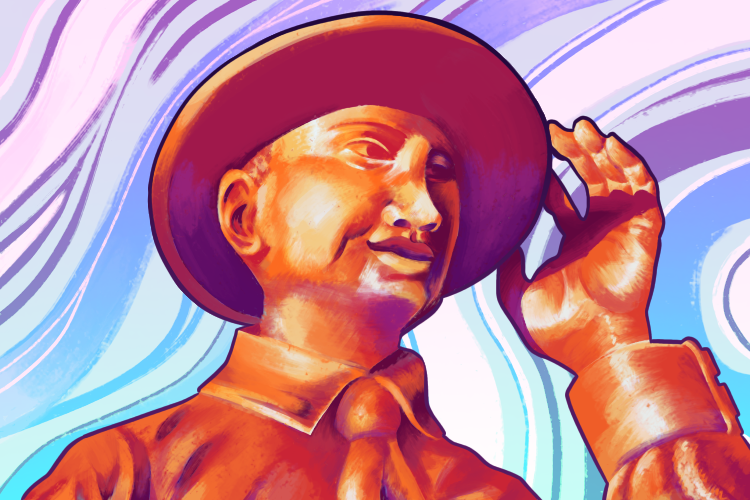 Student Expresses Importance of Till Statue and the Need for More

In 1955, Till, a black teen living in Mississippi, was attacked with accusations that he had flirted with a white woman in a country store. For this, he was brutally lynched, though many today are skeptical if the accusations were even true. Even if they were however, no amount of justification can be made for the brutal murder of Till, who supposedly only whistled at a woman.

Since nearly seven decades after Till was murdered, much has changed in terms of civil rights for African-American individuals. This has manifested in numerous different ways, from expanded rights to representation in the U.S. government. This aspect of increased visibility for black individuals is particularly important to those residing in Mississippi, which has the highest black population of any state. According to the world population review, 38% of the population there is black.

Another aspect of increased representation is the erection of statues dedicated to important individuals. While this may seem unimportant compared to other aspects of progress for the black community, it certainly does to those who are a part of the community.

One such statue has been put up in Greenwood, Mississippi of Till, just miles away from the store where he was brutally attacked. The nine-foot statue cast in bronze towers over the small town, and in several ways, honors the tragedy that befell Till. It stands tall over those who dared to brutally attack him.

This statue symbolizes the fight for progress that the black community has had to make for centuries. Till’s death exemplified this fight perfectly, both the event itself and its ensuing fallout. Till’s death was, in several ways, a spur for social change. It is partially due to the publicity surrounding the event that Black people’s civil rights were brought into question within the years surrounding it. After all, it was not even 10 years after that Reverend Martin Luther King Jr. gave his famous “I have a dream,” speech.

While the statue of Till represents social change, sadly, the opposite is true of the more common confederate figures statues. The Till statue itself is only a short drive from one of them celebrating the sons and daughters of the confederacy, according to the Associated Press. The glut of confederate statues represents the direct opposite of what the Till statue represents; where the statue represents years of fights for social change by the African-American community, confederate statues represent centuries of black oppression and frankly the entire country would benefit from the retiring of a majority of these monuments to oppression.

Just like how the statue of Emmett Till glorifies his character and makes him larger-than-life, so do the monuments to the long-dead racists that commanded confederate armies during the Civil War. These statues serve to glorify their antiquated, racist values, and it is for this purpose that they are posed in ways that make them seem almost like mythological figures. They are often posed riding horses, standing tall above the surrounding area and in the middle of actions such as giving rousing speeches or during battles. This often makes it seem as if these figures were at least a little justified in their ideals and actions.

It is for precisely this reason that the country would benefit, immeasurably so, with the retirement of these statues, and possibly even the construction of monuments dedicated to more civil rights figures, such as Malcolm X or Martin Luther King Jr, in order to stop the spreading of the very values confederate figures stood to protect.