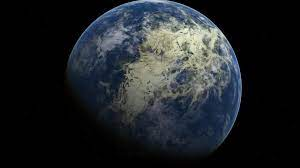 Space exploration is an outward dream for millions of people around the world, but terraforming and colonizing a another planet is a radical and far out idea. However, the idea itself is feasible and scientists and innovators talk about colonizing planets, like Mars. Venus is more comparable in size to Earth and it is also known as Earth’s sister planet.

Venus is a dangerous planet for humans to just land on trying to inhabit it is extremely dangerous, bordline dumb. The planet is full of toxic gas and the atmosphere of the planet is comparable to being near the bottom of the ocean. The planet is also filled with carbon dioxide and is excellent at trapping heat on the surface of the planet. On paper Venus is a terrible place to consider colonizing, let alone terraforming, but Venus has 90% of Earth’s surface gravity and most comparable in size. We know, that with planets like Mars, a lower surface gravity will have a negative effect on the health of people living on the planet, Venus would by pass this problem and allow humans and animals to live most normally making Venus the second largest habitat in the solar system.

There are a plethora of ways we could go about terraforming the planet of Venus, but the most viable and our best option would be putting the planet in the shade. The idea seems ridiculous, but it would be a workable and relatively quick way to terraform the planet. We can create a mirror, not incredibly large, just big enough to cover the planet from the rays of the sun and freeze the atmosphere. We wouldn’t want to use a large circle-like mirror, it would just be pushed into the surface of the planet. This would be better if we created a annular mirror system. This system would allow the rays of the sun to be reflected away from the planet and, with a mirror behind the planet, the rays would be reflected back toward the sun. It would take around 60 years, but soon enough the planet will reach the peak temperature of 31 degrees celsius, or 88 degrees fahrenheit, and the carbon dioxide in the atmosphere will turn to liquid at this pressure and the planet of Venus would begin to flood. This rain storm would last up to 30 years. Over the next few 100!years the planet would begin to freeze, freezing the carbon dioxide and lowering the temperature to -80 degrees celsius, -130 degrees fahrenheit, and the pressure of the planet will drop to only three times Earth’s gravity.

To complete the process of terraforming Venus would be to begin heating the planet. We do not want to melt the ice that is on the surface of the planet because that is still all carbon dioxide. The best way to get rid of this problem would be to bring water from another place. We could take ice blocks of the one of the moons of Jupiter and launch them into the atmosphere of Venus effectively turning those blocks into snow and eventually creating blows of clean and usable water across the planet. To get these blocks there, we can use sky hooks, also known as space tethers, to launch the blocks away from the moons to be caught by another to drop on the surface of the planet. To fix the heat problem we can use the same type of mirrors to make our own artificial day and night cycles. From there we can spread bacteria across the planet to create the oxygen we need off the new water we put on the surface of the planet. From there it is only a matter of time until the planet and the atmosphere becomes inhabitable for humans.

Terraforming Venus is a lengthy task and at the moment is far-fetched, but with the proper preparation and patience we can make Venus the sister-planet of Earth it was always meant to be