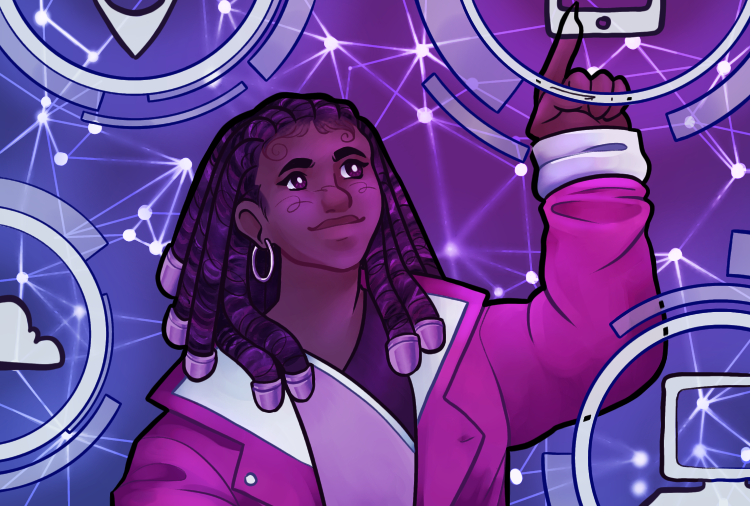 Senior Reflects on the Advancement of Technology

Everyone remembers those sci-fi movies and TV shows we used to watch as kids. Movies like “Back to the Future”, “Star Wars”, “Jurassic Park”, “Guardians of the Galaxy” and “The Matrix”. As kids, we did not give much thought to it as we stared at the screen for countless hours that one day our world would witness a technology revolution.

Technology in our own homes has been one of the largest shifts in our society. For example, Alexa, a device that can respond to human communication and access information and your home accessories,is not only able to keep up with daily plans and schedules but can also do fun activities and trivias like “Akinator” and “Magic Door”. Alexa is a large accommodation to family homes and a compatible assistant.

Not only has technology gone to accommodate our homes but it has also gone to help our environment. For years, the burning of fossil fuels and gas from our vehicles has been a major issue. The Tesla is a car that runs completely on electricity and is helping set the stage for a cure to air pollution.

According to the Tesla 2020 impact report, Tesla customers helped accelerate the world’s transition to sustainable energy by avoiding 5.0 million metric tons of CO2e emissions. This is a major step as we look back over hundreds of years of air pollution affecting thousands of lives. We have made a milestone in changing the mold of our society.

There are thousands of new technologies that have been developed over the past few decades, however, there is one improvement that has opened a new door to entertainment and interaction. The Metaverse, which was entrepreneured by Neal Stephenson, is a virtual reality that allows people to interact with a whole different world that was before unknown.

The Metaverse is one of the largest pillars as it has taken our society to new heights of exploration. Not only has it widened the spectrum of entertainment but it has been a help to education as well. Universities such as Massachusetts Institute of Technology, Stanford University, University of California in Berkeley and University of Tokyo, are all schools that have incorporated the Metaverse into their curriculum.

The Metaverse not only allows you to learn about fields of study and interact with a virtual world, but also allows people to collaborate with anyone anywhere in the world. As people have struggled to leave their homes during the pandemic the Metaverse has created a new realm of connectivity to friends and family.

This is only some of the advancements that America and other leading countries have brought to our society to enjoy. Technology is a gift and can be a tool if used wisely. Having control on the time and the way we use it is crucial to moving forward to future advancement.

With technology advancing there are pros and cons that come with having such a large scale of accomplishments that give access to different things. Using technology and respecting its capabilities will build a society that has an opportunity to have a beneficial future. If it is abused by society and used to harm and cripple our social abilities as human beings, then it has the potential to move us away from physical interaction and damage real relationships.

As the advancement grows people are looking more towards technology for human connection. According to CompariTech statistics, the average human, worldwide, spends a total of six hours and 57 minutes looking at a screen each day (for internet-connected activities). And the majority is mobile which includes two hours and 27 minutes scrolling through social media, one hour and 33 minutes streaming music and 55 minutes of podcasts.

The New York Times reported that Americans are spending less and less time actually connecting with other people. Nearly half of all meals in this country are now eaten alone. Teenagers and young millenials are spending less time just “hanging out” with their friends than any other generation in history, replacing real-world interactions with smartphones.

The human race has always been the one to thrive and explore. Compared to past generations we have lost a large amount of the spark that drives us to discover new relationships, new chances and new risks. Life is full of these discoveries, but we will never see what is right in front of us with a screen blocking our view.