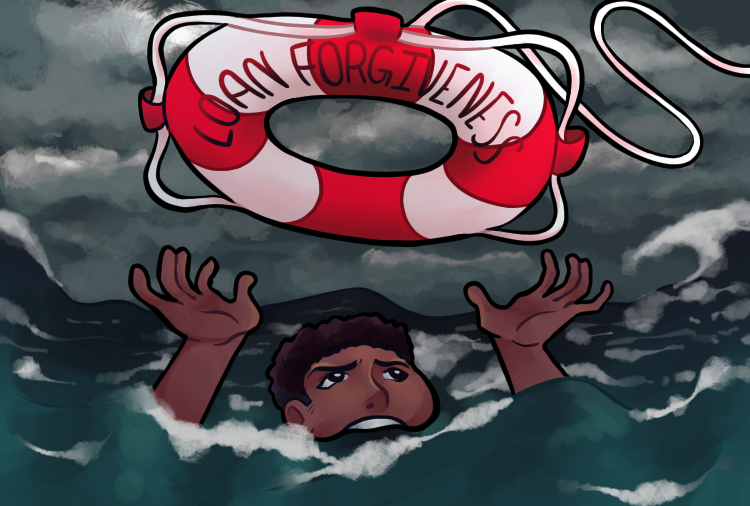 With the cost of college rising for much of the country within recent years, the concept of relieving those indebted to the government for their post-secondary education has become an oft-discussed issue within recent discourse regarding American politics. This debate has been addressed in various ways on both sides of the political spectrum, although it has become more than just a debate recently.

President Joe Biden has recently drawn attention to himself from both political parties due to his recent passing of a bill that will cancel certain college students’ government loans. Delivering on his campaign promise, Biden has announced that up to $20,000 in student debt may be canceled per borrower. This will alleviate all debt for 20 million students, according to the White House. The good this will do for all American people, not just students who have borrowed from the government for college, is immense. Without debt, millions of lives will be saved from bankruptcy and the working population in this country will become incredibly more competitive, with more students able to obtain jobs and higher positions that require post-secondary education.

While the good this bill will do is extreme and perhaps the most beneficial law in years, it is not perfect. It does not offer adequate protection to students from the rising costs of college today. According to the White House, the costs of college have nearly tripled and Pell Grants only cover a third of those, whereas they used to cover nearly 80 percent. These facts are horrendous. This means that working class families are increasingly not being able to go to college, especially without debt. The Biden Loan Bill, while certainly a step in the right direction, is not the far-reaching legislation needed to solve the problem of student loan debt, and, more importantly, the unfeasible costs of college today. In order to truly allow the general populace to experience the benefits of college, America, like most other civilized nations, must make college free. This would truly allow the benefits of a college-educated working class to be experienced by the whole nation.