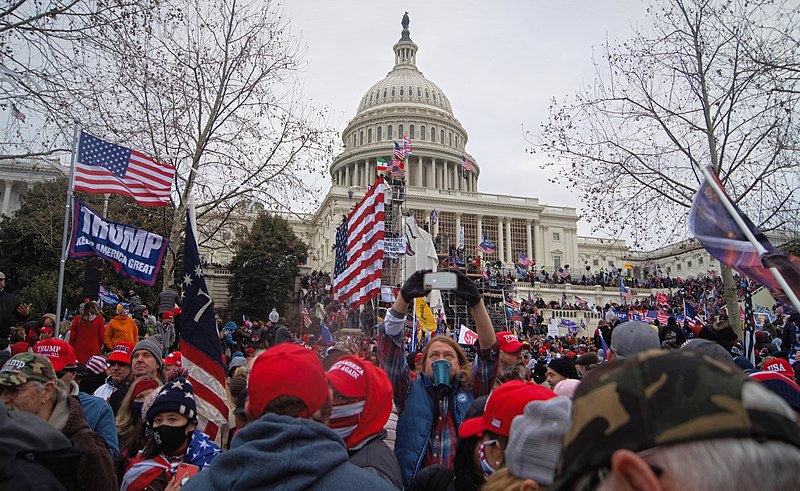 Over a year has gone by since democracy has been threatened.

Student Reflects On A Day of Infamy, One Year Later

It has been a year since the day we almost saw our Democratic edifice come crumbling down before our eyes. Jan. 6, a day that left another stain on our nation’s already troubled history it fractured the State of our Nation. Coming off the back burner 2020 election this national tragedy was ripe for the picking. People were angry, frustrated and they wanted their justice so they thought what better way to seek out that justice than storming the heart of our nation and trying to stop our tried and true democratic processes. When the dust finally settled and the smoke was cleared, only a hollow shell was left of the country that once was.

After these attacks, the shell that was left was a shell broken and more divided than anything we have ever seen. The events of Jan 6, set the tone for the entire year of 2021, and it stuck. Biden has sworn in. Trump was out. And everyone was hoping for a breath of politically fresh air after the last four years, but that is not what we got. Instead, we got a government that over the course of last year got about as much done as a stool pigeon.

We got a country that decided to go completely off the rails with conspiracies, resulting in more political division. We also got a President that we thought would be better than what we were shown on the campaign trail, but instead of that, we got a President who is just trying to keep the ship afloat without fixing any of the damages. The crew is also not doing a good job of helping the captain which is leading to more discomfort from the passengers of the ship. The past year was not a good year for any of us that is something clearly evident. That year was set because of the events of that terrible day. Just like 2020 was set when COVID entered the picture, 2021 was marked with that day.

After that horrendously tragic day, the entire was a year of political infamy and turmoil. A great divide grew between leaders and representatives, but also with our people. This divide will take an even greater amount of time to heal as our democracy has to heal with it.