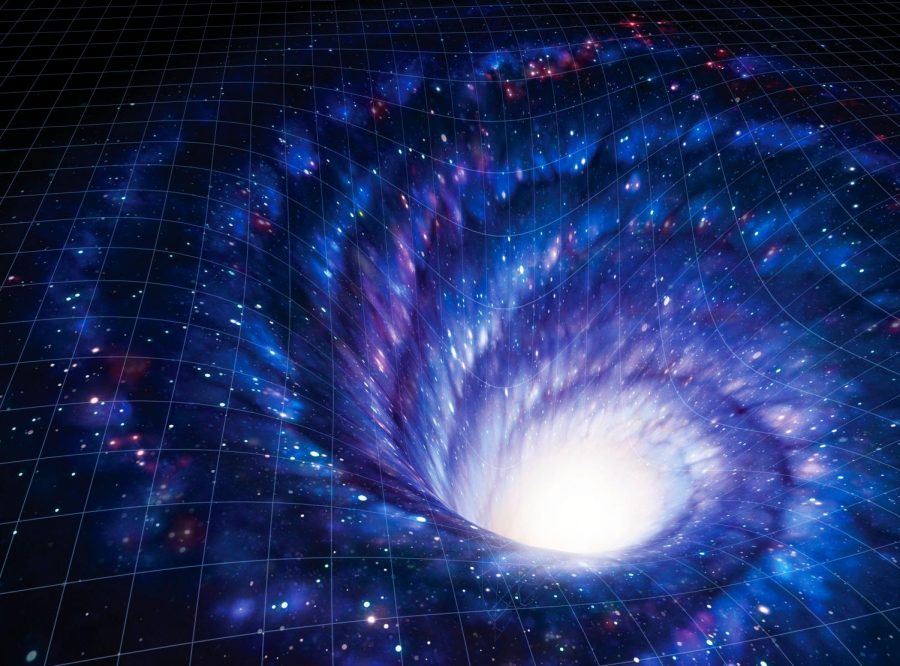 Wormholes are tears through space and time that allows an object to practically be teleported from one point to another instantaneously. Not only is it simple, convenient and easy when it comes to usage, finding a wormhole, or creating a wormhole may be a task far too impossible. We have never viewed a wormhole before and it could be a bunch of equations on a page that gives us hope that a wormhole is possible.

There are many different theories that are associated with wormholes, mainly equations on paper that show the possibility of wormholes.
The first theory is known as Einstein Rosen Bridges. Einstein Rosen Bridges theorizes that at the ends of black holes will lead to another universe. It is theorized, through Einstein Rosen Bridges, that there is no singularity at the center of a black hole and actually that it leads to a complete parallel universe where everything is opposite and time runs backwards. When something goes through the black hole in our universe, that same object spits out in the other universe. This is known as a white hole. The only problem with this theory is that it would take an infinite amount of time to reach one point to another. If this theory would be proven correct, you wouldn’t become the things coming out of the white hole, you would simply become dead. Sadly, these wormholes are not traversable. We would need a wormhole we are able to cross on a consistent basis to have a true form of travel.

Another theory would be that of the String Theory. The String Theory basically tries to explain the relationship of gravity on microscopic objects particles, like electrons and photons. The String Theory is meant to also be an explanation for the theory of everything. If this theory were to be proven true, then we could already have a tangled web of wormholes throughout the universe just waiting to be discovered. Quantum Fluctuations on the smallest scale shortly after the big bang, could have created wormholes. Threaded through these wormholes are called cosmic strings. After the big bang, these wormholes along with the ends of the strings would have been flung across light-years. This would create many traversable wormholes across the universe that we could cross over light-years within seconds.

The only problem is, we would have to find these wormholes to cross them and, like said previously, we have never viewed or found a wormhole.”

Our final and most viable goal is making our own wormhole. We first want the wormhole to simply connect one point of space time to another. Second, we do not want the wormhole to contain an event horizon so it won’t block two-way travel. Third, we would want the wormhole to be pretty large so the gravitational forces will not crush a human traveler. The final and biggest problem we face with trying to create a wormhole is keeping the wormhole open. Gravity will simply want to close the wormhole. We are basically ripping a hole in space-time and gravity will want to fill that hole to cut the bridge only leaving black holes at the end of them. If we want to pass through these wormholes, we need something to hold them open. That is where exotic matter comes in. Exotic matter is something totally different from the matter we know, even different from anti-matter. Exotic matter is a matter that has a negative mass. Things with positive mass will want to attract and come together because of gravity, but because exotic matter has negative effects it will be repulsive. If we were to use exotic matter in our wormholes, then we are able to have a makeshift anti-gravity that would fight against gravity that is trying to shut the wormhole. We already have a candidate for this and this is the vacuum of space. Quantum fluctuations in the vacuum of space are always creating negative particles and positive particles every second only for them to collide and destroy each other the next. The vacuum of space has millions of these particles and we already know how to manipulate them to create an effect that is similar to the negative mass that exotic matter holds. We could use this to stabilize our wormholes, from there all we would have to do is move the ends of the wormholes to various different places.

Wormholes for us as a species would be a ginormous step forward giving us interdimensional travel at our fingertips, but we don’t have the means to do so at the moment. Our main problem is ourselves. The same with many different megaprojects we could be doing, we are far too focused on little things that probably won’t matter in the next 10 years. We not only will be interdimensional as a species, but we would be able to terraform planets and be able to feel secure and live far longer than we are projected to live.