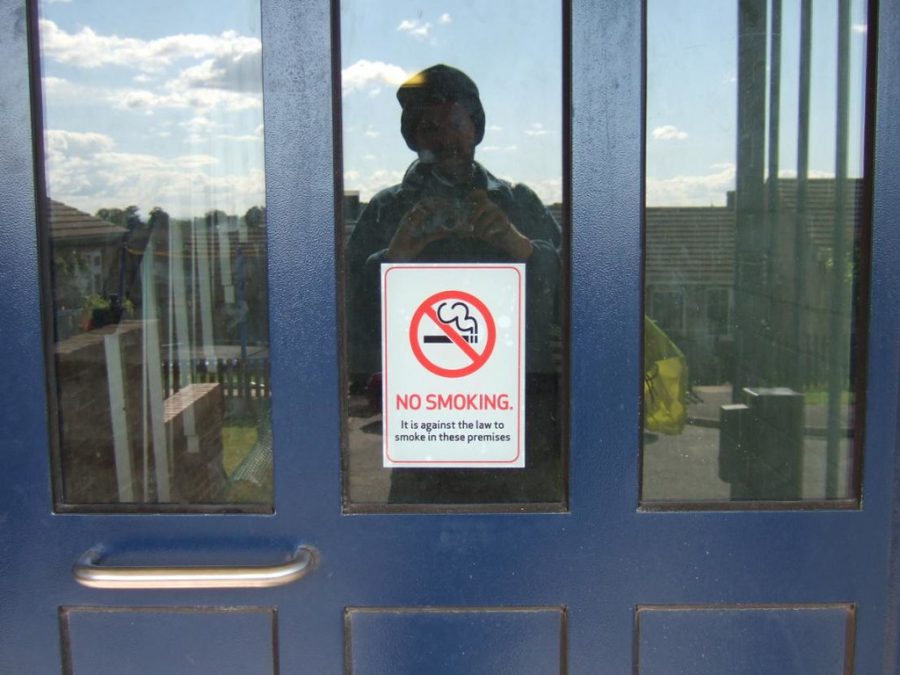 Photo Credit: "THE SMOKE SCREEN" by CARLOS62 is licensed under CC BY-NC 2.0

Permanent Ban on Smoking May Lead To More

Would banning the smoking of tobacco be beneficial to society as a whole?

Recently, New Zealand’s government decided to enact a law regarding the lifetime ban of tobacco smoking for individuals under the age of 14, with the idea of moving a step towards banning tobacco smoking in the future once and for all.

For hundreds of years, the use of cigarettes has been commonly used by many individuals and has caused much harm to people’s health. Many tend to develop the black lungs of a smoker which could commonly end up leading to struggles with lung cancer.

Even though there is harm that comes with smoking tobacco, is banning the action the right option to enforce?”

In 1920 Prohibition was enacted across the United States, which banned the manufacture and sale of alcohol, suggesting that Americans would be better off without it. Was this true? Not necessarily. The banning of alcohol contributed to the increase of organized crime rates and major violence as more and more people involved themselves in the illegal sale of alcoholic beverages. This led to the death of many police officers and cities became dangerous places to live. Also, many citizens ended up dying due to poisonous chemicals being mixed into the illegal alcohol. We see very similar issues today with the illegal drug trade and the American war on drugs. With this being said, the banning of tobacco smoking will more than likely not stop people from using it. Rather, it may lead to people illegally growing and selling tobacco, which could possibly cause more harm and violence to New Zealand as a whole and not just to the consumers of cigarettes. Even in America, the illegal use of drugs is ignored by many individuals as they continue to partake in it anyways.

Not only could it cause an increase in violent activity, but it would also increase government control over the lives of the people and would take away some of their freedom of choice. With the government trying to regulate what people consume, many lose the freedom to make the choices they want to make. Even though the people who make the decision to smoke tobacco may be harming their bodies, it is what comes with the power of choice. Having the freedom of choice comes with the consequences of making those choices, whether good or bad. It is just the way of human nature. With the government trying to control the health of the people, many will lose the freedom of choice and power over their own bodies. What else might the government of New Zealand try to ban? Sugar? Sodas? Foods are known to lead to high levels of cholesterol?

In the grand scheme of everything, the act of banning or controlling certain actions or substances does not mean everyone is going to follow the rules and regulations. There will always be people who continue to do it despite the laws that are enforced. In reality, everyone has a choice in life and that choice will determine the outcome of their situation. That does not mean the government needs to take control of the lives of the people in order to make sure they do not harm themselves because, in reality, their bodies do not belong to the government. They belong to the individuals who have the power to make a choice and if they do not make the right choice, then they have to live with the consequences of the choices they make. The people should have the power over their own choices- not the government.