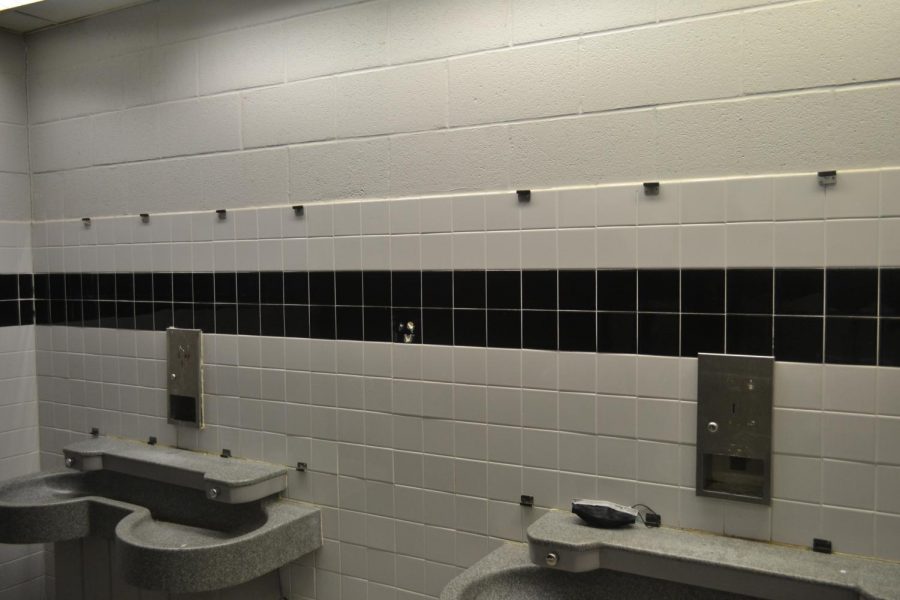 The Sparkman boys bathroom missing all of the mirrors

TikTok Trend Takes Privileges From All

Dear TikTokers, thank you for ruining the right for high school students all across the country to go to the restroom unsupervised.

With the Devious Lick challenge overtaking our student body, an overwhelming amount of students across the nation have thought it would be utterly hilarious to commit theft and vandalism on school property. The Devious Lick challenge has been getting attention from the young users of TikTok, a challenge where students steal items from school property. Not just small items such as pencils or books but fire alarms, soap dispensers, and even urinals.

Evidence of students stealing school property has been exposed on multiple social media platforms, including Instagram and Snapchat. If you plan on committing a crime, don’t film yourself doing it. This is almost as bad as committing murder and confessing to police that you are the murderer.

This trend has most of the school staff and administrators heated as students continue to laugh at the idiotic videos and pictures being posted on social media. This role has been reversed to students now as these rules have been enforced. Various students are trying to encourage their peers to stop these acts of vandalism and to just calm down so that maybe schools can be lenient again. Some schools have even threatened to cancel Homecoming dances if these acts continue.

Dear TikTokers, committing crimes and encouraging others to do the same is illegal. It is outrageous and immature of you to even consider vandalism as a funny topic. Do not ruin the young minds of our future doctors and lawyers all because of some stupid TikTok trend.