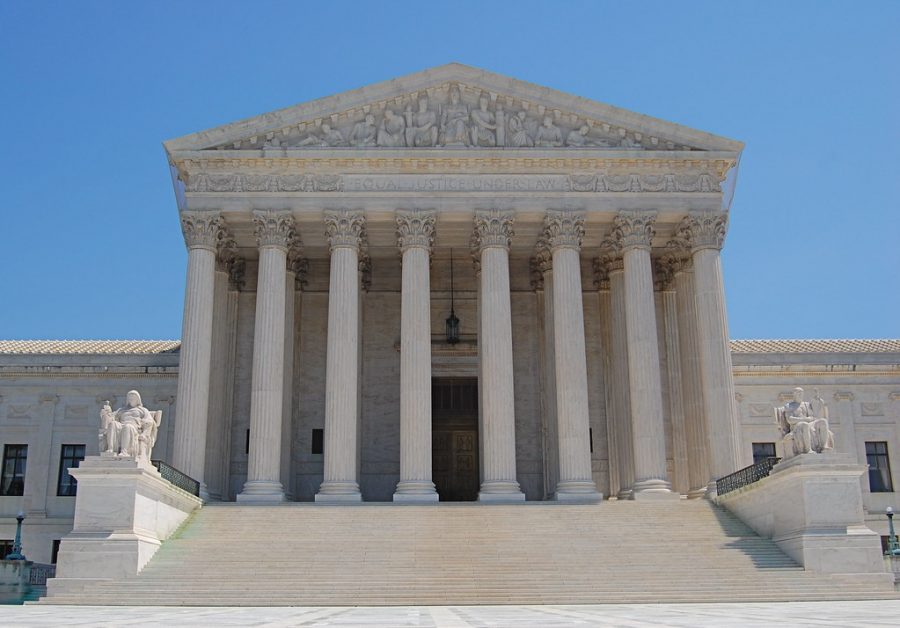 Adding Justices Would Be Mistake for Democrats

First instituted in 1789, the US Supreme Court was created to “ensure the American people the promise of equal justice under law and, thereby, also function as guardian and interpreter of the Constitution.” It was intended to be non-political, strictly used for final interpretation of the law. When established, the Supreme Court had six judges. Gradually, it increased to nine justices by 1894. After 127 years of consistency, many high-ranking Democrats are in favor of expanding the court. They are concerned by the court’s current conservative majority, and are upset about how Republicans have handled previous court vacancies.

“Packing” the court will create a dangerous precedent that will damage the legitimacy of the Supreme Court forever. If Democrats are successful in adding more justices, Republicans will do the same when they regain power. Eventually, the Court will have dozens of justices and will become an inherently political institution (many would argue it already is). The last time a president tried to expand the Supreme Court was in 1937. It was a bill pushed during the Great Depression by President Franklin D. Roosevelt to give presidents the authority to appoint a new justice for every justice over the age of 70 who were yet to retire. His idea lacked support from either party, and failed to get votes.

Once again, a substantial number of Democrats are interested in increasing the Court. They cite Republican inconsistency with nominating justices as a reason to expand it, as the GOP rejected the Obama-nominated Merrick Garland in 2016 but confirmed the Trump-nominated Amy Coney Barrett in 2020 (both were election years, but Republicans only denied the liberal judge). Both were election years, yet Republicans only confirmed the conservative justice. Republicans defended their actions, claiming they were exercising their constitutional duties. However, Democrats believe Republicans have violated the unwritten rule of not nominating a new justice during an election year.

Nominating a new justice during an election year is not uncommon. It has happened ten times since 1900, and eight were confirmed. The two failures were in 1968 and 2016 led by Presidents Johnson and Obama respectively. Johnson was attempting to nominate a new chief justice to replace the retiring Earl Warren, picking an associate judge to fill his place. His pick, Justice Abe Fortas, fell under an ethics scandal during the nomination process. Fearing impeachment, Fortas resigned. Losing Warren and (unexpectedly) Fortas, Johnson then had to deal with two vacancies. He was unable to fill them, and newly elected President Nixon nominated two conservative justices to replace them.

In February 2016, conservative Justice Antonin Scalia suddenly passed away at his home. Immediately, Republican Senate Majority Leader Mitch McConnell announced any appointment by the sitting president (Obama) would be “null and void”. Democrats were outraged, but there was nothing they could do as Republicans controlled the Senate. Four years later, Republicans still controlled the Senate. They confirmed Amy Coney Barrett following Ruth Bader Ginsburg’s death, but Democrats were upset once again due to Republicans breaking their own precedent.

Barring amendments, the rules set in the Constitution will always be the highest law of the land. Republicans are strategizing as best as they can while following the Constitution. Regardless of how Democrats feel, what the Republicans are doing is completely fair and legal. With Democrats now in control, they now have the ability to handle Supreme Court vacancies the same way Republicans have previously. Filling a vacancy is a Constitutional right.

Historically, a Supreme Court vacancy occurring during an election year is no different than a normal year. Precedent deserves to be respected. The will of the Senate is the will of the people who elected them.