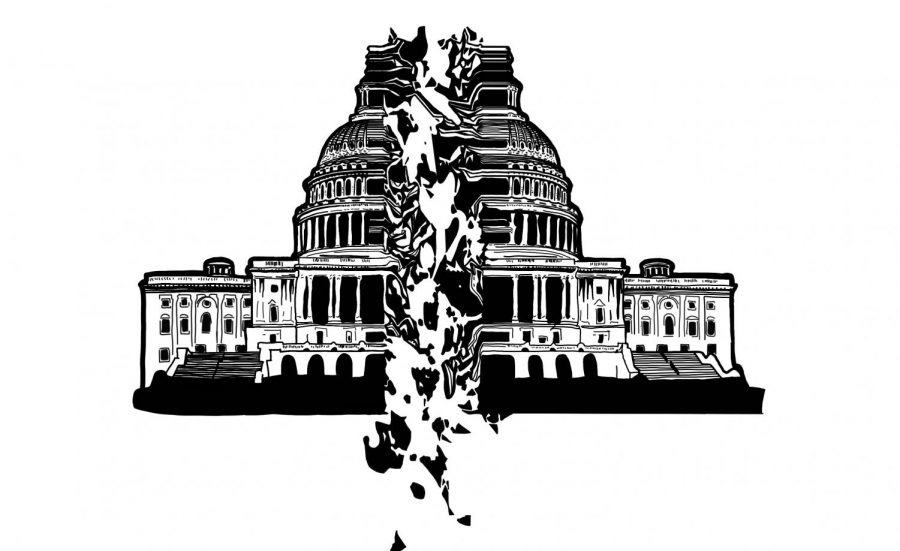 Congress is Failing Us

“There is nothing which I dread so much as a division of the republic into two great parties, each arranged under its leader, and concerting measures in opposition to each other. This, in my humble apprehension, is to be dreaded as the greatest political evil under our Constitution.”

Those words were written by one of America’s founding fathers as well as the second president of our endured nation, John Adams. Adams’ words foreshadowed an America that I can not say that I have been proud of. We may be the United States, but we have only been divided by leaders who are supposed to work in the best interest of every citizen and by a congress that is too stubborn to come together.

Now, I am first to vocalize how much I disagree with the Republican party on every moral and religious level there could be, but I also think political parties were one of the worst cancers that breed in this nation (behind all kinds of oppression of course). And now I am 17, about to graduate high school and the fate of the country that I am first to criticize, but will always appreciate is left in the hands of politicians who are seeming to forget that they are not in office to fight, but to get things done without partisan fighting.

I am not here to attack only the Republican party, but the Democratic party as well. President Joe Biden ran his campaign on bipartisanship, yet no single congressional member has been able to lead the effort effectively and neither has the president. Biden has vocalized he is willing to negotiate, but without pleasing congressional lawmakers on both sides, no one will agree to anything. That is awarded to the fact that no one wants to lose their re-election, do not want to be seen as working with the opposite party or any other reason filled with nonsense they can think of.

I think that it is time for congress to put down their egos and be more submissive to each other. They need to hear each other out instead of attacking one another. Of course they should state their concerns and what they want, but they must remember that America is watching them. If our congressional leaders are being ignorant, it will only result in the ignorance of citizens.

The two-party system will end up being the downfall of America. If our founding fathers knew it (and oh how I know they were turning over in their graves on Jan. 6  because they knew worse could happen) then modern day citizens should as well, Congress should as well. And they can say what they want about China and Russia, but we are our own worst enemy when we are against each other.