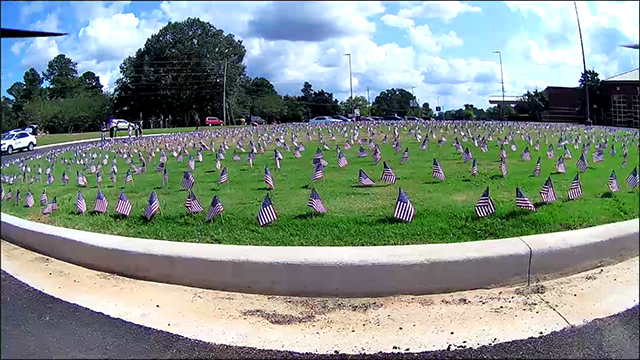 Veterans Day Is A Day To Stop And Honor Veterans

On Nov. 11, we will be out of school for Veterans Day. Many will just see this as a day off of school. Veterans Day is about more than just a day to get off of school, it is to honor all the veterans that have protected our country throughout its creation.

Veterans Day started after World War 1, originally called Armistice Day. Armistice Day was originally about honoring those who died during the First World War. After both the Second World War and the Korean War, President Eisenhower changed the holiday to honor all Americans who died in wars for America. In the late ‘60s, Congress passed the Uniform Holiday Bill, which made Veterans Day, along with Washington’s Birthday, Memorial Day, and Columbus Day, be observed on a Monday instead of its original date. After confusion about the date, Veterans Day was removed from that bill and put back to its original date on Nov. 11.

Veterans Day is needed to be observed because of the millions of service men, and later women,that put their life on the line to protect us and our country. There has been an estimated 2.8 million military casualties since America’s founding, 1.3 million being deaths. There have been many more that sacrificed their safety to protect us throughout our existence as a country. They gave up seeing their families, insurance of their health and years of their lives to protect us.

While we need to honor those who have served on Veterans Day, we also need to help the veterans alive today that are hurting. There was 6,139 veterans that committed suicide in 2017, 16.8 per day. There is also a veteran homelessness problem in America. There were 37,878 homeless veterans in 2018. There are many charities that can help these Veterans, including The Disabled American Veterans (DAV) and The Iraq and Afghanistan Veterans of America (IAVA).There are many more problems facing veterans today that we also need to fix. The Department of Veterans Affairs (VA) has many in itself. One of its duties is to provide healthcare to Veterans. This has been criticized as ineffective because of their lack of timely access to safe, high-quality healthcare and mismanagement of funds. We also need to support bringing our troops home from dangerous areas that we aren’t needed to be in so that they will survive their service and live a long life after.