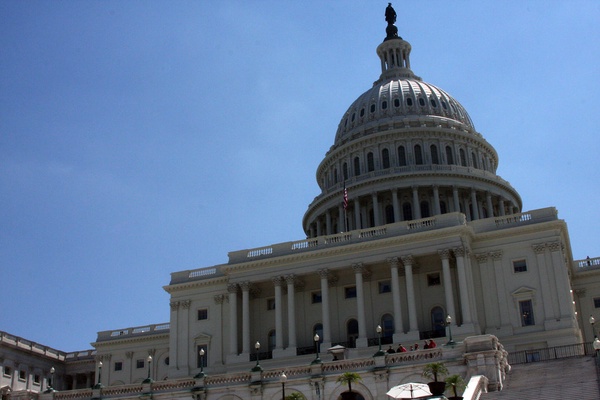 It’s Time For Senators To Have Term Limits

Legislation for congressional term limits is long overdue. The current arrangement of term limits needs to be torn down and completely radicalized. Nobody deserves the power of being in national politics for decades, including the president, representatives, senators, and even Supreme Court justices.

The majority of US senators are over the age of 60 and have been elected officials in politics for over 20 years. It is increasingly difficult for young, politically-minded people to enter national politics because of how hard it is to unseat a sitting representative/senator. To get things done, this country needs fresh minds with new ideas in Washington. We must have term limits.

Presidents should only be elected for one six-year, non-renewable term. The way the presidency is constructed right now, the final year of the president’s term is filled with campaigning. It wastes time and energy desperately needed for the president to effectively do their job, and is ultimately unnecessary.

With one six-year term, presidents will not have to worry about re-election and can instead focus on their various daily tasks. Presidents will not do specific things to pander to voters in order to be re-elected, and will instead make decisions from the heart. A six-year term would give the president plenty of time to achieve their goals, unlike a four-year term.

Members of Congress should not be able to hold their position for life, and it is quite disappointing to see how many senior citizens occupy the Senate and House. The chance of corruption is much higher the longer a member serves in Congress, and their net worth increases to a suspiciously high amount. The majority of US Senators are millionaires.

Supreme Court justices having a life-long term reaps terrible consequences. Vacancies typically are unexpected, especially in cases of death. It can be unfair to a certain party, such as when a Democrat justice dies and is replaced by a Republican.

Eighteen year terms would alter our Supreme Court system for the better. Every two years, one seat would open up. (Two seats would open every presidential term, term expirations would be staggered) The Supreme Court would then truly be a reflection of what the people want, and there would be much less controversy.

An astonishing 82% of Americans believe term limits should exist, according to a poll by McLaughlin & Associates. It is time legislators start listening to them.