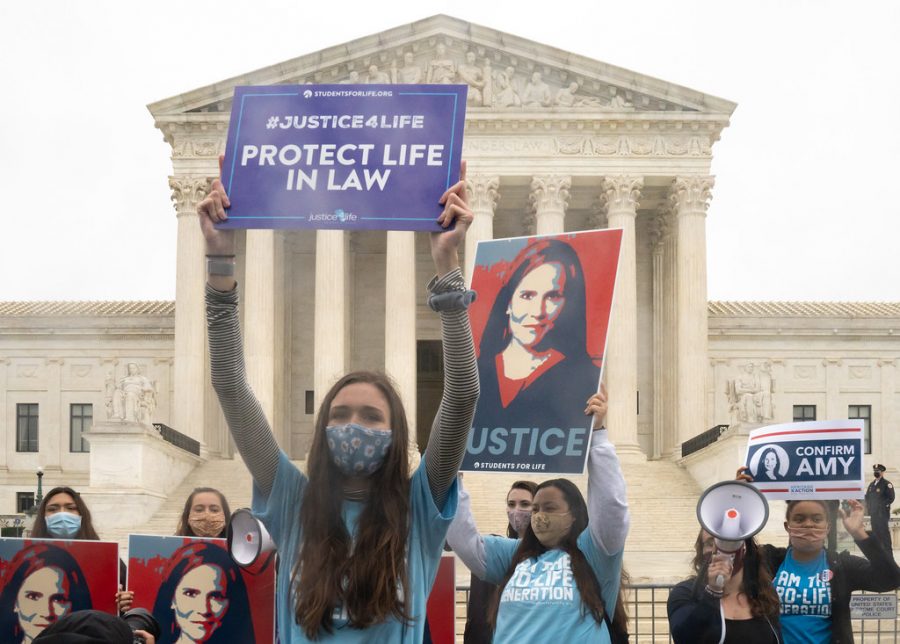 Twice as many, two for every one, that is the comparison of the number of republican supreme court justices there now are to the number of democrats.

Amy Coney Barret was confirmed on Oct. 26 just a week before election day and just 30 days after her nomination by President Trump. With a 52:48 vote from the Senate, two votes could have changed the entire outcome of our country. While it was somewhat predicted Barrett would be confirmed by the Senate with a replublican majority, democrats everywhere were holding onto the hope just a few would see how drastically this would change American government.

Barrett was sworn into office on Monday as the 115th Supreme Court Justice, leaving a conservative majority in the court for the first time since the late 1930s according to Wall Street Journal. It seems there is no stopping the republican party now. Whether or not Donald Trump is reelected next the power is with the republicans when it comes to the Supreme Court.

Barrett is a highly qualified and educated woman in her field but this does not mean she is the right person to fill the seat. Barrett is conservative with religious motives and now has the opportunity to lean our country red. While I do not know for sure if Barrett will use her position on the court to further her agenda as a conservative it is almost apparent her plans moving forward regarding marriage equality, Roe v. Wade and the Affordable Care Act.

During her series of hearings Barrett stuck strong with her ideology of constitutional originalism  instead of a modern interpretation and many Americans fear for what that could mean for them. Barrett also strayed far from answering any questions during her confirmation hearings that may have given any idea of how she plans to rule on any cases which I respect because she is a lawyer, that is until it comes to the power she holds in a position that she could hold until the day she dies.

It seems our state leaders hope to move from division but this confirmation is pushing our country farther from it, moving to a country ruled or dictated by one party or set of policies and beliefs. It seems the best thing for our country to do in order to prevent large majorities in the court is to set a law that does not allow anything but a 5-4 party division for justices. The point of the court is to represent the country as a whole and this large margin in political power defeats the purpose of the court learning to a group of people that make decisions just like a president without anyone to check them.

I hope Barrett does the right thing in office and bases all her ruling on hard facts that have major impacts on our world today instead of her own religious beliefs. Many know about her alignment with anti-choice organizations, and believe her writings make clear that she believes Roe v. Wade was incorrectly decided which is one of the most important reasons democrats have not been supportive of her nomination.