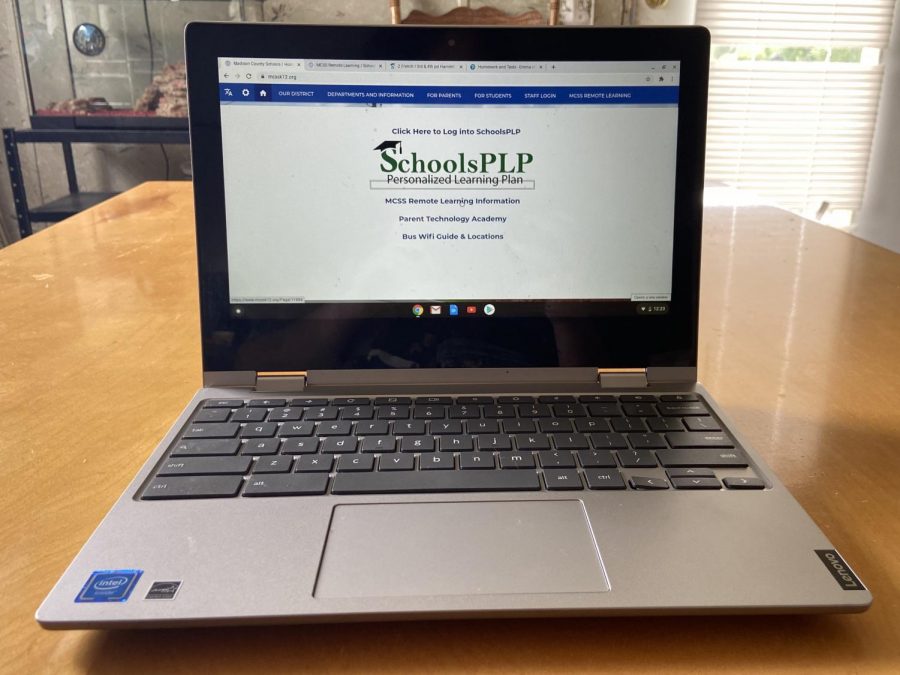 Why Virtual Learning Is Good For Madison County Students

The beginning of a new school year is usually a time of anxiety and excitement. You go to the mall and buy new clothes and school supplies. You compare class schedules with your friends in hopes of sharing at least one class. You decide whether or not you are going to like your teacher based on how well they present their introductory Powerpoint because teachers just never seem to know how to use technology. The first week of school is usually a lively, nerve wracking experience but this year, things are a lot different.

School shopping has been replaced by waiting in a line longer than the Great Wall of China to pick up your Chromebook from some teacher you’ve never met standing next to the gym. Rather than comparing class schedules, we are seeing if our Google Meet schedules line up in hopes of being able to Facetime between lessons. We are still judging our teachers but it just isn’t the same when it’s through a computer screen. So much has changed over the course of a few months and the culprit is standing in plain sight, staring at us everytime we open our laptops or check our phones for an email. And that culprit is virtual learning.

If you would like to hear just how effective our new system has been since Aug. 19, all you have to do is find the nearest teenager and ask them how APUSH is going this year. Spoiler alert: it isn’t fun and not just because we decided to take APUSH this year after being told by countless people not to do so. Many students are disgruntled by the fact that they have to learn trigonometry through Schools PLP or complete their summer reading assignment through Google Classroom. It is not a pleasant experience, to say the least.

Do not take our complaints too seriously, though. If you ask those same teenagers if they would rather be at school right now, most would agree that virtual learning is our best option given the circumstances, especially in a school as large as ours. As of the 2018-2019 school year, Sparkman had approximately 1,787 students and that number is bound to have increased in the past two years. Even with a campus that spans two blocks, it is still incredibly unrealistic to think we can effectively social distance in a school of almost 2,000.

If we were to enter our schools tomorrow and begin business as usual, this would not only endanger ourselves and the people around us but also the people we have waiting for us at home. Many students in our school live with grandparents or even have older parents, some live with babies and small children. By dropping virtual learning and returning back to the classroom, we would be endangering our entire community, leaving it vulnerable and afraid during the darkest moment we have seen since the beginning of the 21st century.

So next time you complain about sitting in front of a screen for hours on end, remember that it could be a lot worse. You could be staring at a hospital ceiling with a ventilator connected to your mouth. Being able to do virtual learning is a privilege, a luxury that many people around the world are unable to receive and we should be thankful we are still able to receive an education during this pandemic.