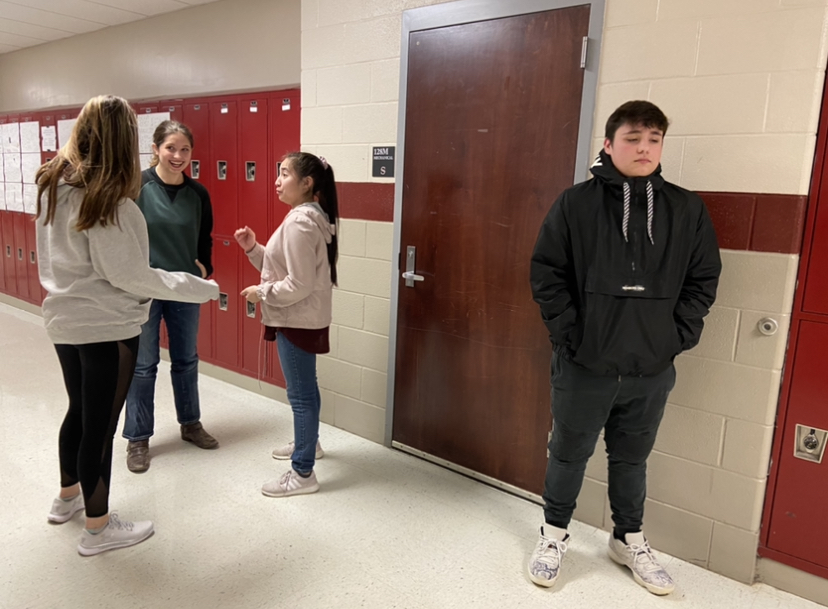 For as long as I can remember, I have always despised social gatherings. Any time I received an invitation to attend one of my classmate’s birthday parties in elementary school, I would always beg my mother to make up an excuse so that I wouldn’t have to go. At family reunions and holiday parties, I had one specific cousin that I played with the entire time and if they weren’t there, I sat at the grown-up table with my parents, silently playing Mario Kart on my Nintendo DS.

As I’ve gotten older, I’ve gotten better at dealing with social situations that would otherwise leave me drained but sometimes, my deep-rooted distaste for meeting new people gets the best of me. The most outrageous excuses can fly out of my mouth when this occurs. Sometimes, they’re reasonable and sometimes, they are just ridiculous.

One of my most recent escapades happened just a couple of months ago at homecoming. I had no intention of going to homecoming but then my friend’s date canceled on her the day before the dance and I volunteered to go with her. As soon as I got there, I realized that I was in way over my head and fled to the bathroom. As far as my date was concerned, I felt like I was going to be sick. I still have no idea how she didn’t get suspicious. Just before I had left for homecoming, my sister had gotten hit in the face with a baseball bat by my stepbrother and my father told me he would call me if she had to go to the hospital. While I was sitting in the bathroom stall, my father called and told me that he wanted to make sure my sister didn’t have a concussion. As I listened to him talk, I had a brilliant idea.

I quickly asked my father if he could call me in a few minutes and make the situation seem far worse than it was. He agreed without hesitation. With my escape plan in place, I made my way to the dance floor where my date was having the time of her life. As soon as I reached her, my phone rang and I answered it. My father immediately flew into this long explanation about how my sister was bleeding out and I needed to go outside right then, all with the phone on speaker.

My date told me to hurry so that my sister could go to the hospital. I happily obliged and nearly jogged to the parking lot with my phone and coat in hand. I ended up waiting another 20 minutes for my father to pull up and my sister was not even in the car. He took me home and I spent the rest of the night in my pajamas, eating pizza rolls.

I went through all of this trouble simply to avoid social interaction. It may seem strange to some people but for me, it is a way of life.