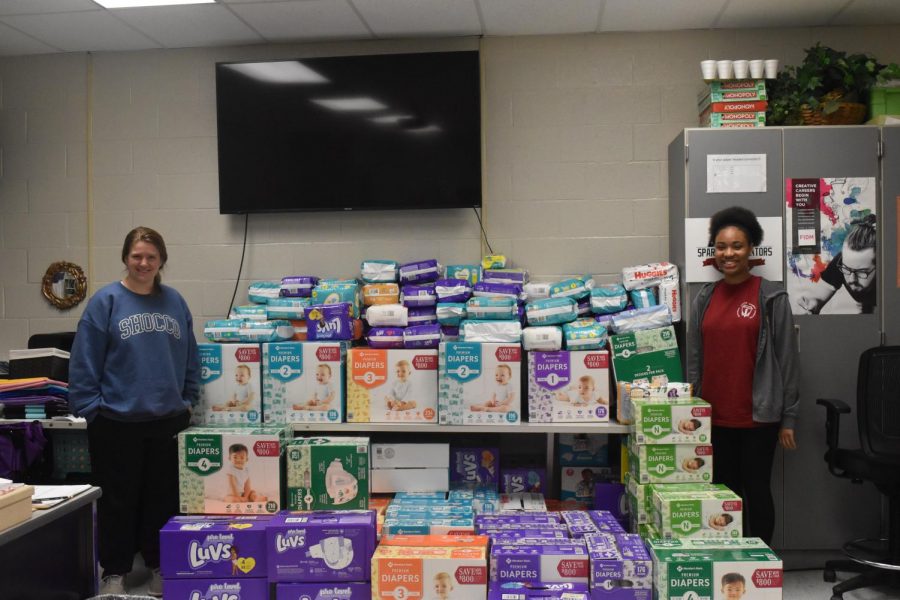 Showing off the quantity of diapers collected, FCCLA sponsor Karoline Webster and club president Hannah Stovall smile for the camera.

FCCLA recently had a diaper drive to donate to charity. The drive yielded over 100 boxes of diapers to be donated to the North Alabama Food Bank.

“We thought that near 50 boxes would be a good goal, so we all were very excited to see more than double the amount we hoped for,” sponsor Karoline Webster said.

This was the club’s first time to host a diaper drive, which usually conducts a breast cancer awareness walk in October.

“The diaper drive was an attempt to still achieve the goal of donating while still staying COVID safe,” Webster said.

Overall, Webster says that with the turnout of this drive, she hopes that the next one they do turns out just as well.