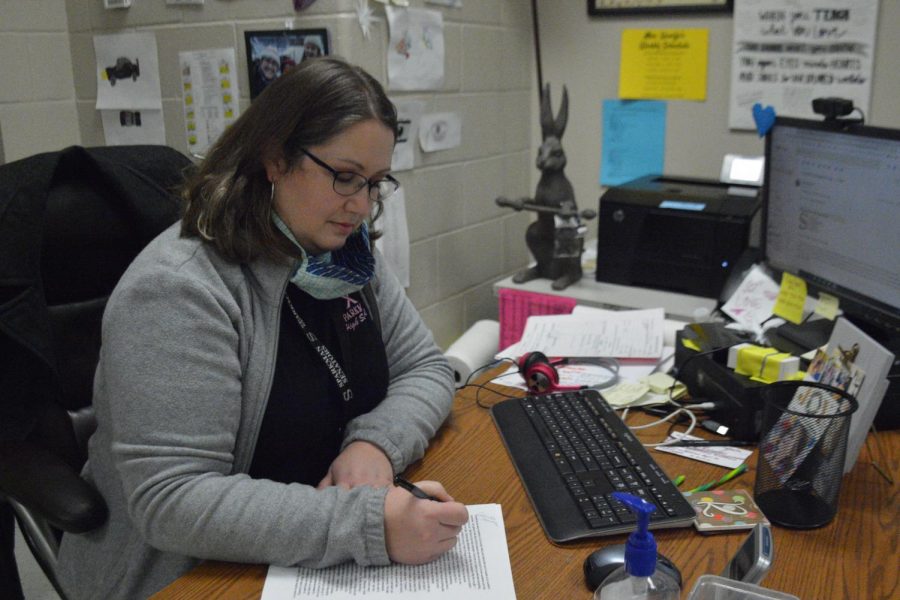 In a time where only half of all students are in school, teachers are coming up with new ways to engage their students in classes. One teacher, Renee Quaife, is doing this in her Creative Writing I class.

Quaife gave her students an assignment called “Response Writing”, but for the students it became something more. The students began naming their presentations after the popular TED Talks.

“My intention wasn’t really to call it a TED (Technology, Entertainment, Design) Talk, but essentially, that’s what it ended up being,” Quaife said. “I was just thinking about having them respond to something they were a little more passionate about, that they could really throw themselves into.”

The students did their presentations on a variety of topics from sexual assault to sleep. One student, Hunter Mason, did his TED talk on why he thinks partisan politics is ruining America. In his presentation he used several examples of why he thought that it is harmful to everyone.

“It is virtually impossible for a candidate that is not a Democrat or a Republican to win an election on the national level,” Mason said. “And additionally, this has created a society where we are so divided we just refuse to love each other.”

Quaife hopes that this assignment has taught the students something on different perspectives and on how to think deeply about things they may previously have not even considered.

“We started by saying that ‘Everyone has an opinion and if you want someone to listen to yours, you can listen to theirs as well’, and I think everyone was respectful to others thoughts and ideas,” Quaife said.