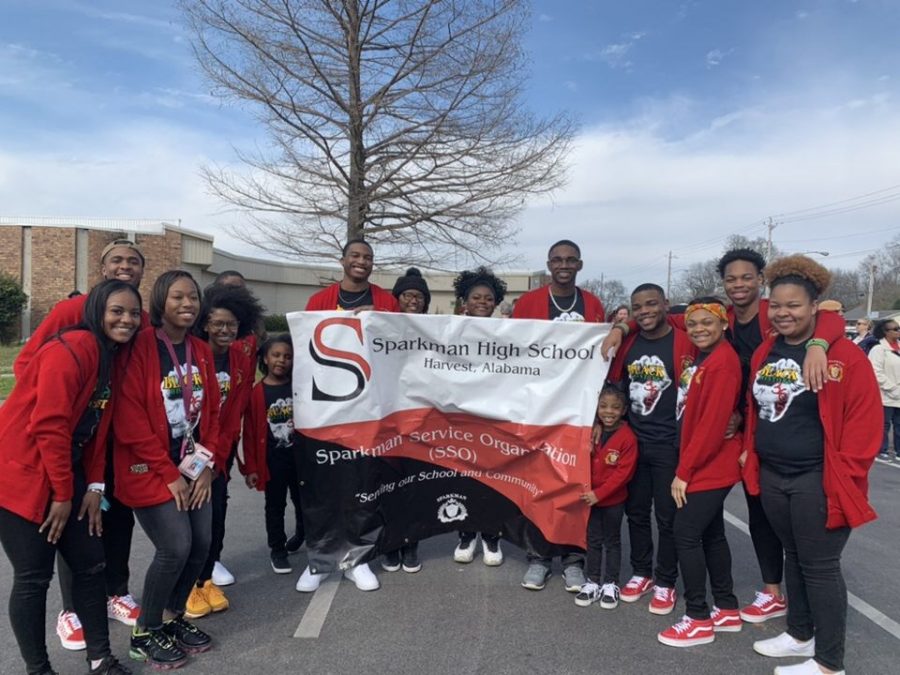 On Sunday, March 1st, 2020 students involved with SSO attended a march in Downtown Huntsville. Students attended this march in remembrance of Bloody Sunday and to advocate for voter positivity.

Students who were at the march had the chance to reenact a small visual of what it was actually like for those who marched on Bloody Sunday in 1965. During that year, over 600 Civil Rights marchers headed East out of Selma on U.S. Route 80. At this march, people were killed, injured and beaten for exercising their rights.

“It demonstrated just how important Civil Rights were to African Americans and suffragists back then and gave us a small sense of what these iconic figures went through,” senior Amani Blair said.

In the past, SSO has taken trips to Selma and walked the route up until the Edmund Pettus Bridge. Originally, this is where the march took place. At the bridge, they were attacked by state and local policemen with clubs and tear gas. As a result of this, they were driven back into Selma.

“It gave us a sense of not even a quarter of what those who marched went though, and demonstrated just how important Civil Rights were to African Americans and suffragist back then,” Blair said.

Going to the march opened students’ eyes to some of the harsh realities that African Americans had to face in order to gain rights. Over 600 Civil Rights activists, including John Lewis and Hosea Williams, suffered wounds and even death by peaceful protest. After the march, the US Justice Department filed suit in Montgomery and asked for an order to prevent Alabama from punishing any person involved in a demonstration for civil rights.

“I learned that there is no task too big or too small. As long as you are determined to fight for what is right, be courageous and stand up for your beliefs, it is possible,” Blair said.