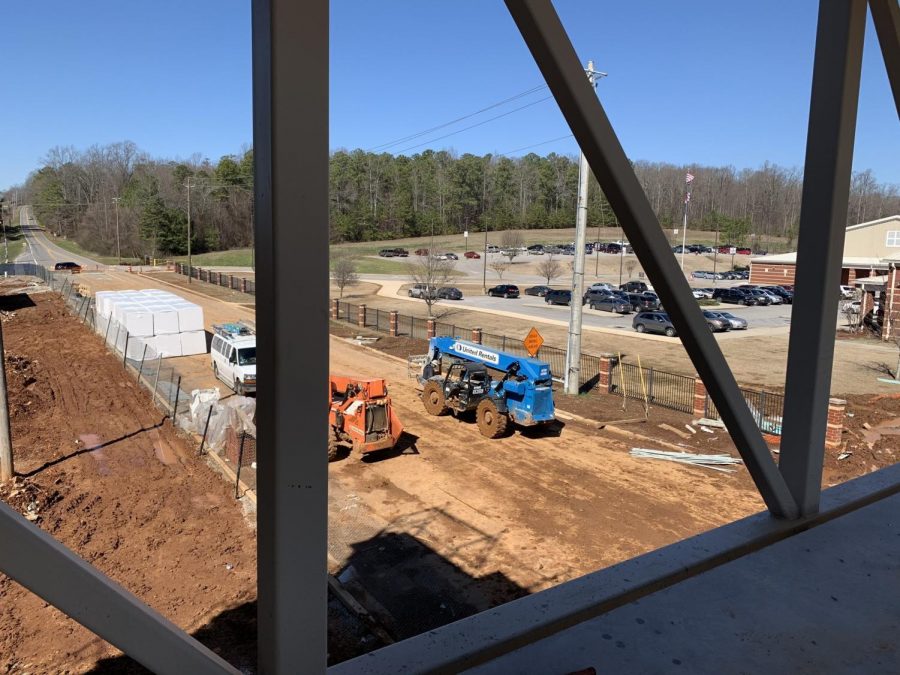 Update: Weather Did Not Affect Construction

By Ethan King and Saylor Cuzzort

Those patiently awaiting construction upgrades like the performing arts center and sky bridge have begun to question the weather’s impact on the project.

Despite all of the rain, the project looks to still be on schedule.

“I make no promises, but the sky bridge is slightly ahead of schedule,” Director of Operations, Joseph Cuzzort said.

Ford Chapel Road was originally announced to be closed for a targeted time frame of Jan. 18 through March 20, to allow eight weeks for the safe installation of the bridge.

“As a school system we are so excited to be this much closer to greatly increasing our student’s safety,” Cuzzort said. “I am sure the students are just as excited to cross the street in a climate-controlled structure as the community is to not have to stop to allow students to cross