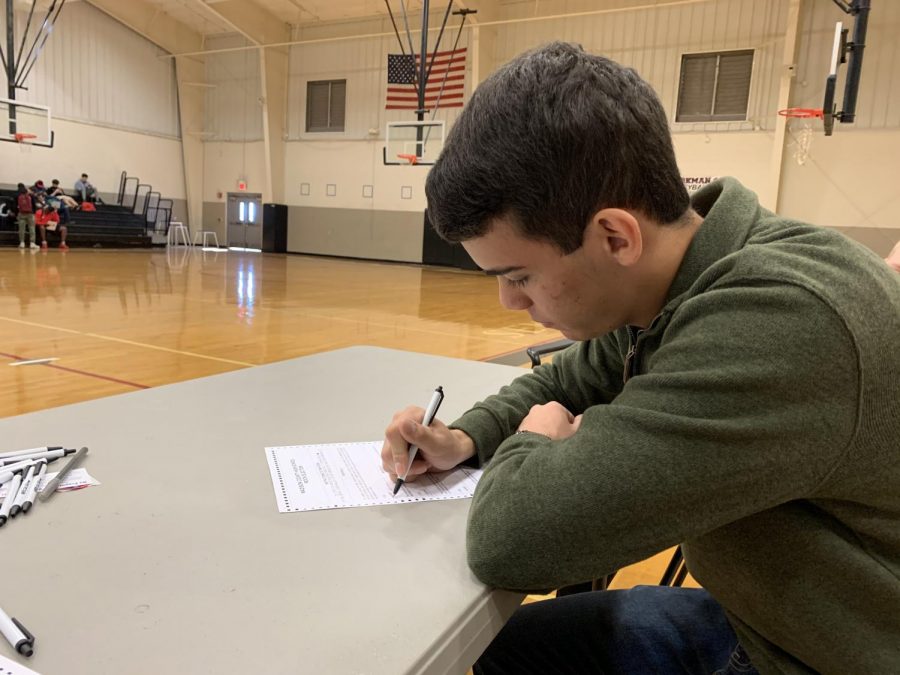 Seniors Get Experience in the Voting Booth 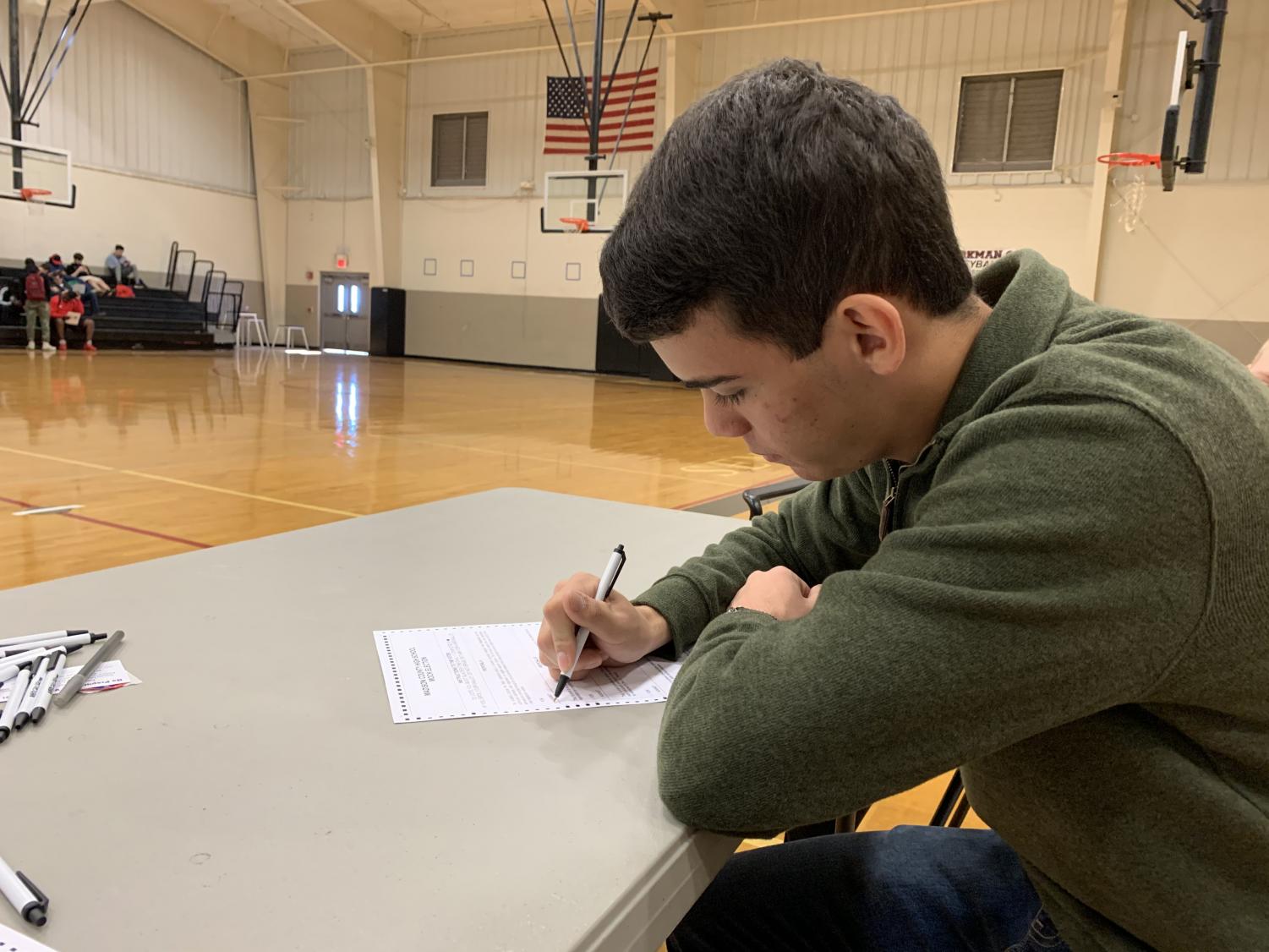 Seniors Get Experience in the Voting Booth

For seniors, voting in their first general election is less than a year away while those eligible to vote in the primary just have months to familiarize themselves with the voting process.

To answer questions and prepare future voters for Election Day, the Madison County Election office along with the League of Women Voters of Tennessee Valley provided 328 students with a mock election and real voter registration forms on Nov. 6.

“Students were introduced to not only how to sign in and vote but were also familiarized with the, sometimes difficult to understand, wording of amendments,” AP Government teacher, Ben Stevenson said. “The entire process took out the scarcity of going in to vote for the first time.”

As students entered the gym two doors, they were met with iPads to sign in. These devices required students to enter the first three letters of their first and last name and provide their signature to ensure they were the voter.

Next, students were handed a ballot with five proposals, each a real world issue or idea. After they completed their ballot, they entered it in an actual polling machine that counted their vote and were handed an “I voted” sticker.

“It was good to know what to do when the time comes next year,” senior Lela Rasmussen said. “The last thing I wanted to do was walk in to vote without having any idea.”

Now having experienced the closest thing to a real election, students whose birthday fell before May 6, 2002 were offered the chance to register as a voter. Those choosing to take the step toward their eighteenth year of age privilege, completed the form, were verified by their license and then given a “I registered to vote sticker.” A total of 163 seniors registered to vote.

“This was the first chance I have had to actually register to vote because I wasn’t aware of how to before,” senior Amy Stuchlik said. “I decided to take advantage of the opportunity and become a registered voter.”

Students in first block AP Government even participated in the election as poll workers to further understand what it takes to put on an election and the process voters undergo.

“Voting is more than just going on a given day and bubbling in a circle,” Thomas Coats said. “Through this experience I saw how many people it takes to put on an election and how important it is to know what you are voting for.”

The results of the election were as follows (in simpler terms):

Citizens Would be automatically registered to vote upon turning 18. Registration services would be conducted through the opt-out process instead of the current opt-in process

Selective Service registration would be a requirement for all adult citizens, irrespective of gender.

Student loan forgiveness paid out by the U.S. Treasury Department.

Citizens 18 or older be required to vote in all national, state and local elections.

Citizens should be allowed to vote in a primary election at age 17 if they will attain the age of 18 in time to vote in the general election.