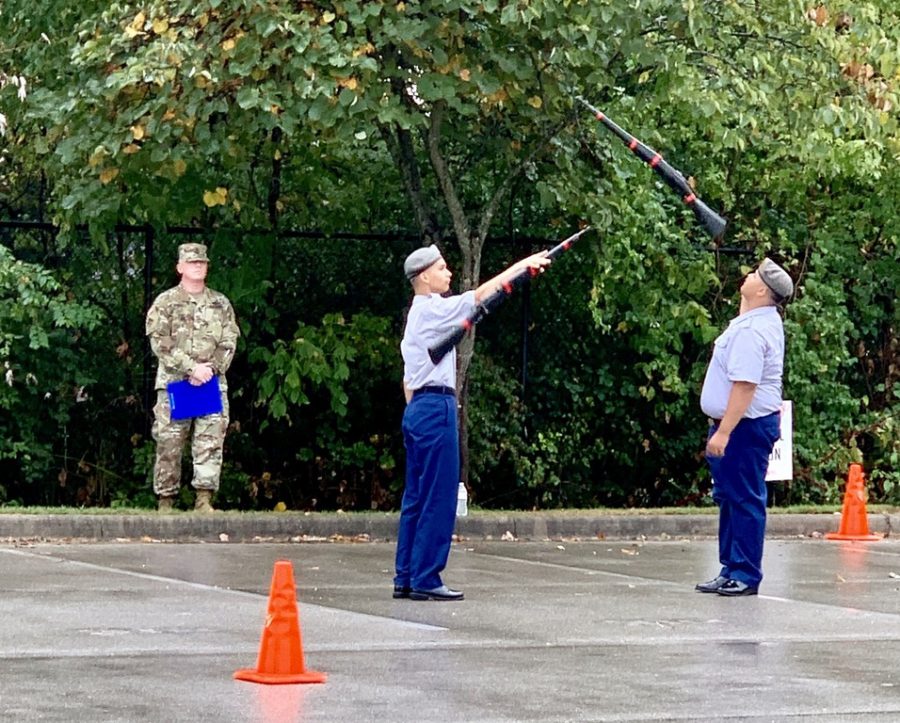 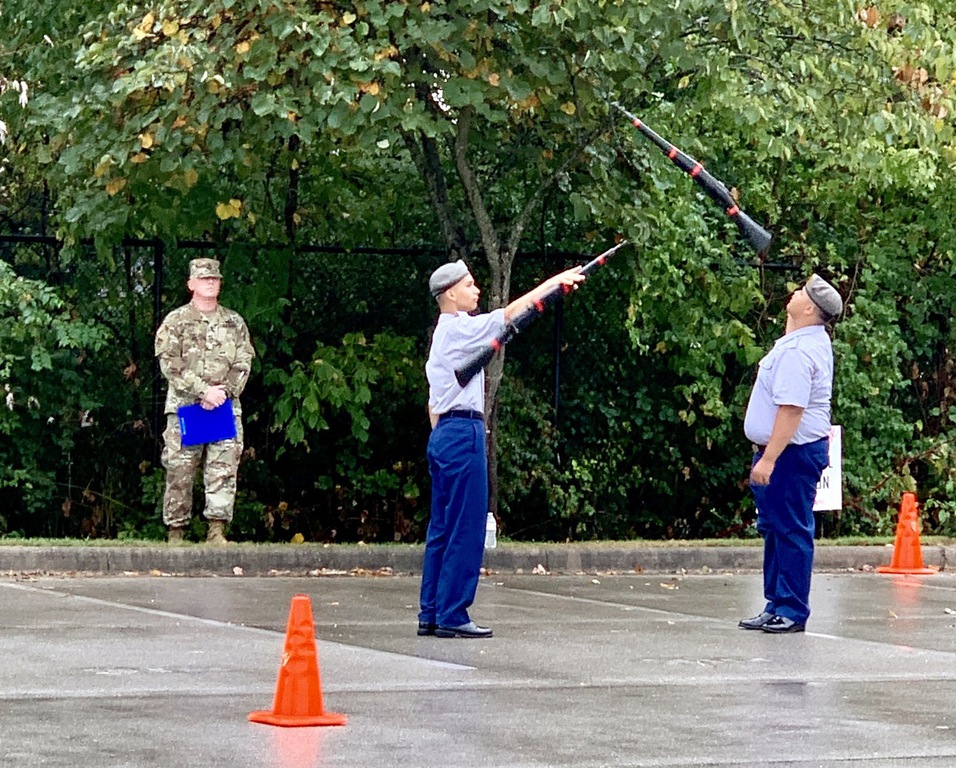 A win over Gallatin NJROTC put the AJROTC rifle team in twenty-first place overall and seventh place in their conference.

“The season started out phenomenally, our first competition we had to forfeit but our second competition was a cake walk against Davie county where our varsity one team shot a 950,” James Ramey said. “Our third competition we shot a 981 against West Carteret, and they shot a 954.”

In each game the teams compete in a Three-Position Air Rifle match, one that is modeled after Olympic Rifle competitions but adapted to high school athletes. Each athlete shoots 10 shots in three different positions: prone, standing and kneeling. After they shoot each shot -worth a maximum of 10 points- their 30 shots are scored individually then compromised with the best four athletes from the team to receive a team score.

Ramey, shooting a 257, along with teammates: Brianna Nyman, James Pitts and Jason Ryan contributed the points needed to defeat Gallatin.

“I really wouldn’t be in the spot I’m in if it wasn’t for my current, and past teammates,” Ramey said.

The team has a 3-1 record in their eight week regular season matches.

This coming weekend is a bye week as they prepare for their next competition against Eldorado MCJROTC, hoping to finish in the top two in the “Army JROTC” conference to advance to the Conference Title Game.

“Being in 21st place feels nice, but we always strive for more,” Ramey said. “It’s good to be in the position we’re in but we’re not satisfied with it, me and my team are striving for that number one spot everyday.”