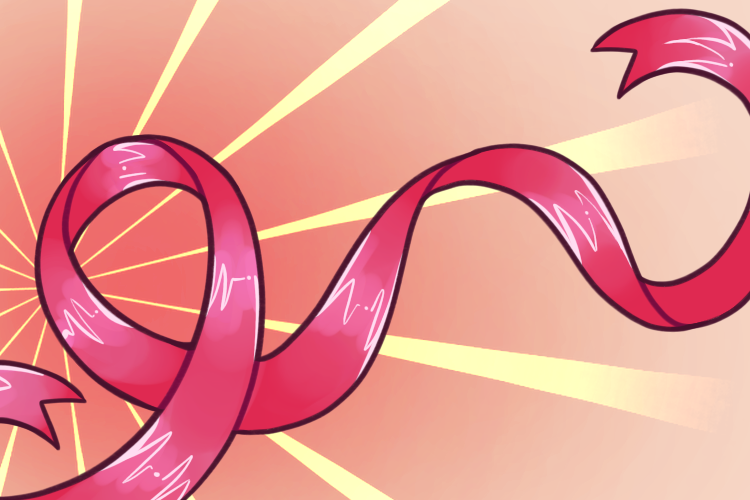 Breast Cancer is the second leading cause of cancer death in women, according to cancer statistics. However, according to three women stories they believe their story as a survivor will bring hope to women battling everywhere.

Rochelle Rawls, who battled cancer for six months, was diagnosed six years ago on August 30, 2016, one week after she had just turned 30 years old. Rawls had gone for her mammogram on a Friday and was told her tumor was highly suspicious for malignancy and would need to be biopsied.

“I went the whole weekend scared, nervous and dreading “what was next”. I cried for three days straight. I knew that it would come back positive,” Rawls said. “But God prepared me for that news. My mom and best friend came over as soon as I got the call. I remember being scared but also feeling peace. The scary part was not knowing which treatment option I would undergo. But I had faith everything would be okay.”

As a nurse, she has always experienced the side of helping her patients find full recovery. Now that she is experiencing the other side of what she does it has given her a new perspective.

“My journey, in a way, has been enlightening. It humbled me. I was able to connect with other patients. Truly see their needs, and in turn I used what I learned to help me grow as a nurse. To be more compassionate,” Rawls said.

She was diagnosed with invasive ductal carcinoma stage 2a. Rawls said it was caught early which gave her a chance for a lumpectomy to remove her tumor. Followed by 35 radiation treatments in which she received Monday through Friday.

“Radiation therapy was hard for me because life still had to go on. I was a single mom then,” Rawls said. “I still had to go to work, cook dinner, and help with homework even when I felt I couldn’t. I had deep second degree burns under my left breast due to radiation therapy. It was extremely painful at times and sometimes debilitating. But therapy still had to continue.”

Her kids were nine and ten years old at the time. Rawls said that her and their dad had just divorced the year prior. Rawls said she tried her best to assure her kids that she was receiving the best treatment.

Rawls said that the best way she could cope with her hardest days was spending that time with her kids. She said that her and her 9-year-old would spend hours binge watching Netflix and bonding together.

“Prayer, rest and Netflix,” Rawls said. “My kids were my biggest helpers. When they saw that I was in pain they would try their best to help and get things for me. I would sometimes lay in the bed the entire weekend after treatment ended for that week. I always looked forward to the weekend.”

Rawls said she had the opportunity to encourage other patients in the years since her diagnosis.

“I would let them know that it was okay to be scared. It’s a natural response. But it is still ok to have hope,” Rawls said. “Friends and family that genuinely want to be there for you… let them. Even if it’s just to cry. Let them. Fighting cancer can seem lonely. Surround yourself with genuine people.”

Rawls said that during her battle with cancer she delt with depression, grief and feelings of anger as well. However, she said her total dependence on God was what got her through her weak moments.

“I was never in denial. I accepted it pretty early on. I didn’t want my family to go through this. I didn’t want my kids to have to experience another loss. But every time I wanted to be upset or frustrated I would feel immediate peace and understanding,” Rawls said.

It was two weeks after her radiation had ended. Rawls had a follow up with her oncologist. That same day he gave her a report showing she no longer had “markers” indicating signs of cancer in her body. She was cancer-free.

“I went home and told my family the news. Cried. I thanked God. And made a poster to take a picture of the moment. I cried so many happy tears that day,” Rawls said.

Rawls is now five years cancer-free. She said she is proud that it is part of her story and that her story will be what drives her throughout her nursing career. Rawls currently works in women health, where she has the opportunity to educate her patients on preventive care.

Rawls and her husband were told they would not be able to have children due to her treatment. But now she said they have a beautiful miracle 4-year-old baby.

“This journey happened for a reason. I went through a lot of hard years before my diagnosis. A lot of depression and turmoil,” Rawls said. “I feel like I went through this season to help me refocus. It reminded me that God is bigger than our problems. All we have to do is trust in him.”

Erin Rice, who battled Breast Cancer for nine months and was diagnosed Oct. 23, 2013. Rice describes everything as happening so fast; from diagnosis, to meeting doctors, scheduling surgery and starting Chemotherapy.

“Finding out I had cancer was a shock and unreal. It felt like a dream. I had little time to prepare and think things through, but I had to make quick decisions for myself and my health,” Rice said.

Rice chose to have a double mastectomy. A couple of weeks after her surgery she started  Chemotherapy, with 16 rounds, and shortly after Chemo she received 36 rounds of radiation. Rice remembers losing her hair, her taste buds changing, experiencing weight loss and fatigue after her treatments.

Rice believes the hardest part of the process was deciding on which doctors and facility and what surgery would be best for her. She met with doctors here in Huntsville and a team of doctors at Vanderbilt Medical in Nashville, Tenn. She made the decision to go with the team at Vanderbilt where she had her surgery and Chemo treatments.

Rice treatments started off as weekly, then biweekly. When she completed her Chemo she was able to start her radiation and daily treatment here in Huntsville at Clearview Cancer Center.

“I am happy I experienced this because it helped me to encourage and share my story with others that are battling the same disease. I know some who did not make it, but I am happy I am still alive to share my story and inspire others,” Rice said.

Rice was diagnosed with Invasive Mammary Carcinoma Stage III Cancer. She finally made the decision to have reconstructive surgery in June of 2023.

“I would say I went through all the stages of cancer, diagnosis, surgery, Chemotherapy, treatments and radiation. I decided to let my body rest from treatment and take time to decide,” Rice said.

“Relief. Many wouldn’t know what I’ve been through if I didn’t share so I chose to share my testimony and I like to encourage individuals,” Rice said. “Letting them know that they too can fight through, to be brave, strong, and be victorious.”

Hattie Harris, who is a two-time cancer survivor, was first diagnosed in 2008 and a second time in 2020. When the doctor told her and her husband that she had been diagnosed with Breast Cancer for the first time she described the moment as alarming. However, she said she had faith.

“Because of my relationship with God and my faith in him, I did not lose hope or become despondent. I had assurance that God would heal me,” Harris said.

Harris describes her journey with Breast Cancer as a life changing, awareness and awakening experience. Not only did Harris believe in her faith that God would heal her, but she also took the steps to listen to her doctors and family support in determination that she would be healed.

“Having a fantastic support system (village) which included my loving husband, family, both biological and church, as well as friends,” Harris said. “I was blessed with loving, caring, dedicated and committed staff of doctors that treated me as if I was one of their family members.”

In 2008, Harris underwent her surgery. She was given radiation treatment for five weeks. In 2020, she was treated for Chemotherapy and then underwent another surgery. Throughout her treatment, she experienced hair loss, nausea, fatigue, loss of energy, loss of appetite and weight loss.

Having her daughter, who is a registered nurse, in her home during treatment is what she saw as a blessing. She said she was able to make it thanks to her family around her.

“I’m thankful and grateful to be alive. To still be here to enjoy, spend quality, precious

time with my family, and watching my grandchildren grow up is priceless. Having been

being diagnosed with Breast Cancer twice is incredible. I can truly say that the favor of God and

man is upon my life. My work here on earth for the Kingdom of God is not finished,” Harris said.

During the pandemic, Harris had to be isolated from people in order to keep her from contracting the virus. However, Harris said she was grateful COVID-19 did not affect her throughout treatment.

“Dealing with energy loss and fatigue was very difficult. I refused to let go and not

fight. However, it takes a long period of time to regain your strength and energy,” Harris said.

Harris believes it is important to understand that everyone has a different story with cancer. From her own experience she knows that being heard and listening to others is critical to fighting this battle.

“Everybody needs somebody. Saying, “I understand, and I know what you’re going through, and if you want to talk about my experience, I’m here for you.” Using wisdom is essential. It’s all about being compassionate and mindful,” Harris said.

Harris said she was blessed with a good and devoted friend who was going through a cancer journey herself. She said that her friend was with her the entire length of her journey.

“At the end of my journey, I asked her why she didn’t share with me,” Harris said. “Her response, “God didn’t want me to tell you, I was to be there for you.” And that she was.”

After various blood test, from three, to four to six month visits with her oncologists, there were no signs of cancer. She still receives a checkup every six months and receives a mammogram every year. She is now two years cancer-free.

“It was a time of laughter, freedom, and rejoicing, knowing that I was cancer free,” Harris said.

Harris plans to continue to share her testimony and make a difference in other women battling. She said she is ready to go forth in her life embracing every opportunity to share her own story.

“Through this journey, I’ve developed a stronger and closer relationship with God and my faith in Him has grown tremendously,” Harris said. “With an optimistic attitude, a strong loving support system, caring, concerned doctors, medical staff, and determination to fight for your life, you can have the testimony, that I am a survivor.”