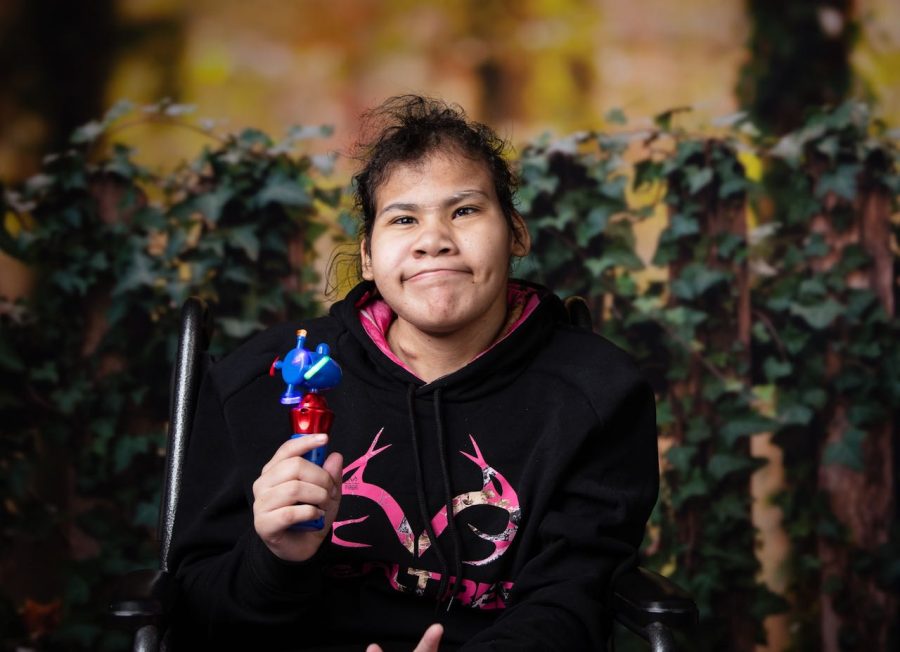 Friends Of Deceased Student Reflect On Her Kindness

Ring. Ring. The startling noise draws her attention away from her laptop screen. Laying in bed watching YouTube, enjoying her spare time, she hesitated to pick up the phone. After a few seconds, she put it up to her ear and gasped at the heartbreaking message.

Junior Tess Warren did not know what hit her when she heard SLC teacher Chanda Haselman report devastating news. Maliyia Caldwell, sixteen years of age, who Warren had been a peer helper for, had suddenly passed the morning of Feb. 5.

“At that moment, I was just in utter disbelief. It was just so sudden and unexpected—I couldn’t believe it. I didn’t have much of a reaction at first because it didn’t feel real, didn’t feel possible,” Warren said. “Once we hung up, I sat in silence for a minute or two. It really started to sink in and I started crying. I finally got up to tell my mom. We prayed over her family and all of her teachers and classmates.”

Warren has been a Sparkman Learning Community peer helper for the past four semesters. Since Caldwell came into the classroom late, Warren only had two months with her. Though Caldwell was non-verbal, Warren was able to connect and form a relationship with her.

“There’s something special about a non-verbal connection. It may appear as an obstacle at first, but it really is a beautiful thing,” Warren said. “It’s hard to describe, but as long as you are intentional, patient and ‘listen,’ you’ll be surprised at what you can understand.”

Haselman had taught her for a short period of time during this past fall semester and hearing the news stunned Haselman in several ways.

“I was completely shocked,” Haselman said. “After I accepted that she was no longer with us, I was heartbroken. Random things will spark memories and bring tears to my eyes.”

Although Caldwell had only attended school for a short time, Haselman had fond memories of her that she will continue to cherish for years.

“One winter day, Maliyia came to class wearing a sequined unicorn hat and bright pink sunglasses,” Haselman said. “She had such a big smile. She was emitting personality. She really brightened our room.”

Warren called that outfit her “rockstar outfit.” Her classmates and teachers enjoyed watching her dance to her favorite songs.

“She would play a variety of songs, yet stick to the same one or two a day. It was amusing to hear Katy Perry one day and Elsa another,” Warren said. “Now, the classroom is so quiet without her music blasting in the background.”

When Haselman broke the news to her students, the counselors spent most of the day comforting the SLC students by helping them remember their happiest moments with her.

“This added lots of laughter and smiles along with the tears. The students drew pictures in memory of Maliyia that we compiled into a book for the family,” Haselman said. “One student brought a vase of flowers for Maliyia’s desk and also a card for all of the students to sign for the family. The peer helpers also got a card and shared their memories of Maliyia with her family. Maliyia was a very loved member of the Sparkman High family.”

As her foster parent, Shelia Hill had a hard time emotionally coping. During the short time Caldwell was in her care, Hill’s favorite moments were centered around the love they had for each other.

Caldwell’s love for music was expressed even more at home where she could share it with her foster sister, Angleia.

“She loved music as if she could feel it in her soul and bones. She had started talking better because she would listen and learn to sing her songs. We would say Maliyia was the DJ and Angleia was the dancer.”

According to Hill, Maliyia’s smile and her love was infectious. Caldwell loved living life and the people she was able to share it with.

“Maliyia, my loving Hug Bug, was the sweetest angel young lady I have ever cared for. She was a delight. She was so easy to care for in spite of her disability. She was so smart, strong and independent,” Hill said. “I believe she was put in our lives to see what unconditional love looks like. She was a little shy until she got to know you. I love her so much and she will forever be in my heart.”