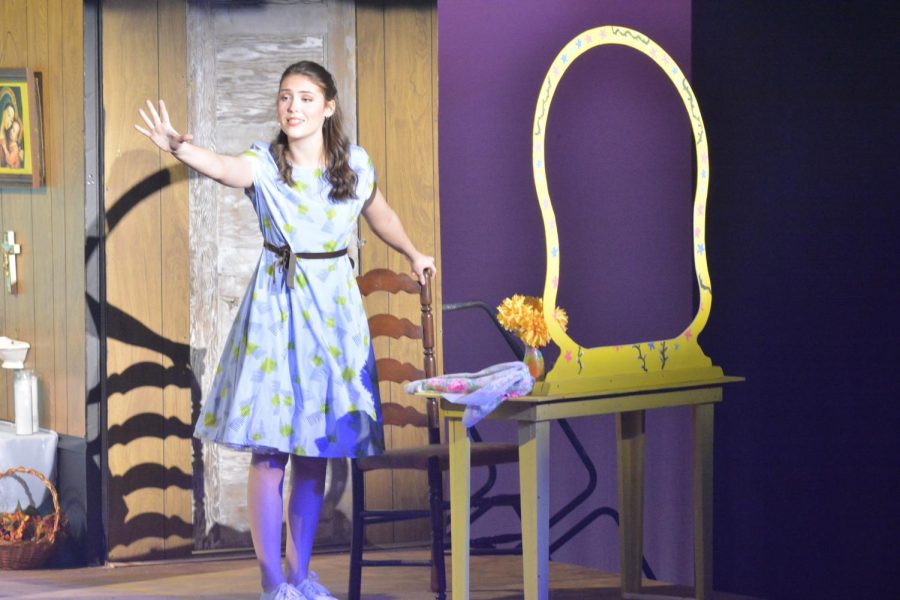 Production Of West Side Story Deemed A Success

The theatre program has tirelessly worked and rehearsed since November, all for the big spring musical, West Side Story, the last school show to be held at the Von Braun Center.

I attended the Saturday evening show and was thoroughly impressed with both the performers and technical crew. The show itself had something for everyone: humor, tragedy, great dancing and powerful singing.

The many leads, including David Dyer as Tony, Sarah Schomburg as Maria, Brady Hauglie as Riff, D’Asia Betts as Anita and many more perfectly embodied their characters, and it was evident that they were incredibly well-rehearsed. Dyer’s vocals, in particular, stood out to me during the show. He has a strong and confident voice well-suited to his character; Schomburg’s classical training in ballet was also impressive and unexpected.

The ensemble and supporting roles were also excellent, bringing together the show as a whole. Dancing numbers like “America” and “Gee, Officer Krupke” were among my favorites due to the exciting choreography and humorous lyrics. Ryan Jacob’s dense character and Blake Westmoreland’s commitment brought these two scenes a sense of spontaneity that was very appealing and unique.

Including props, sets, sound and lights, all of the tech crew was prepared and professional throughout the show. The sets themselves were also extremely creative and well thought out; they truly brought the audience into the show. Though commonly overlooked by the audience, a show can not go on without a solid tech crew, one like our school’s.

“West Side Story”, altogether, represented our school very well and took the theatre program to the next level. The cast’s passion for this art was well proven and made for an unforgettable show.