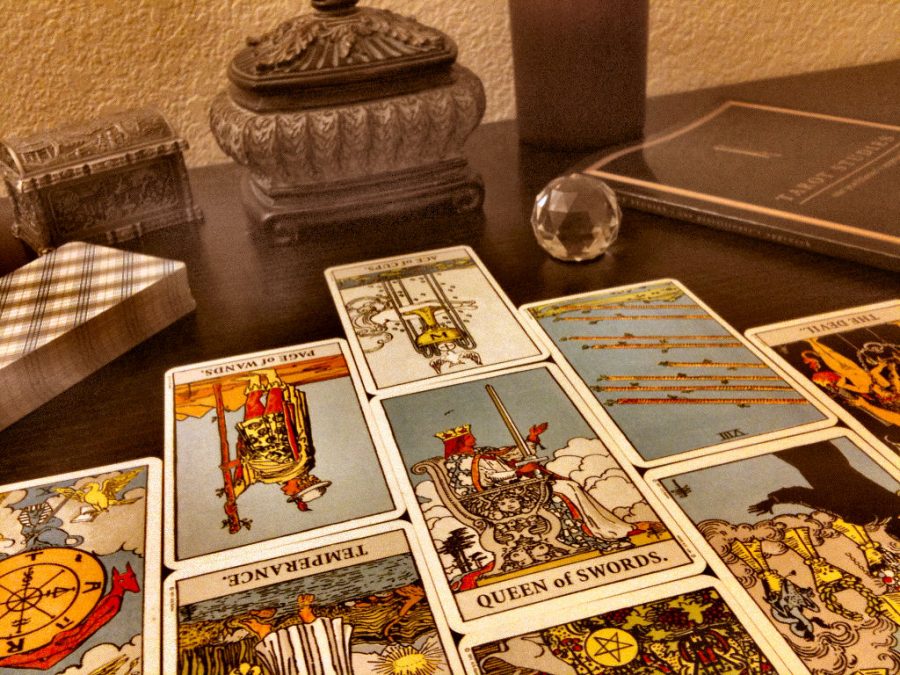 Once a year, regular folk are able to indulge their witchy side.  They are able to waggle their fingers with made-up spells, and replace candy bowls with cauldron’s bought at the dollar store.  They can dress as angels, demons, witches, warlocks– whatever suits the fancy of their spooky inclinations. It is fun, and it is a game of indulgence to anyone that does not take the magic seriously.  However, those same folk will pervert untrue superstitions and harshly judge the peculiar few that take magic “too seriously” in October, November, December or all year round.

There is nothing wrong with indulgence, with play pretend, with smiling wide in press in fangs and an angel’s halo bouncing on your head like a piglets tail.  What is wrong is the condemnation of those who decide to believe in the magic that you thought was all just play pretend. Often untrue superstitions of all things mystical and vaguely New Orleans-esque are judged harshly by those that don’t respect the practice of something other than their own beliefs.

Tarot cards just so happen to be one of these many practices and beliefs.

Tarot cards are something avoided by those who do not know the deep and mystifying history of wiccans and witches alike.  The majority don’t know how a card game created as early as the fourteenth century became such a revered and common practice of witches that its amiss to not find at least one set of the deck in your tools.  Equally as often, the cards are misconstrued as evil and sinister, from popular media’s ignorance and lack of fact checking to a cash grab gimmick that wields aesthetic value so much more than genuine truth.

The practice is regarded as taboo, evil, and I have had my own friends request to take the deck off my hands to burn them and cleanse me of the ‘demons of my depression’.  Tarot cards are associated with demons just as much as Ouija boards are, despite tarot being a completely separate and safer method of scrying. It is the intent that drives the cards, that answers the questions you have  asked the very air around you. Ouija boards are a gateway that one can call into but cannot control what calls back.

I have practiced tarot reading for four years now in and out of Halloween.  For every ten people that I read the fortunes of, eight come true. I’ve gotten stares when I mention them, and I have gotten the little laughs of nervousness that insist the laugther believes something is not quite right with me.  It makes my face flush hotly in embarrassment and my smile waver in uncertainty. This should be the opposite of the case. Superstition should be respected. Superstition needs to be respected.

Every year I get a spike of interest from others when Oct. 1 hits, and that’s alright.  I do not mind the regular folk playing pretend witch. It is fun, interesting and it has a curious history.  I do not mind questions, even those that you are nervous might sound rude but you do not mean them that way.  I do not mind helping the ignorant become knowledgeable. I was once them too.

What I do mind is the demonization of those that choose to believe and practice separately than you.  Respect everyone and everything, because nine times out of ten they respect you back.