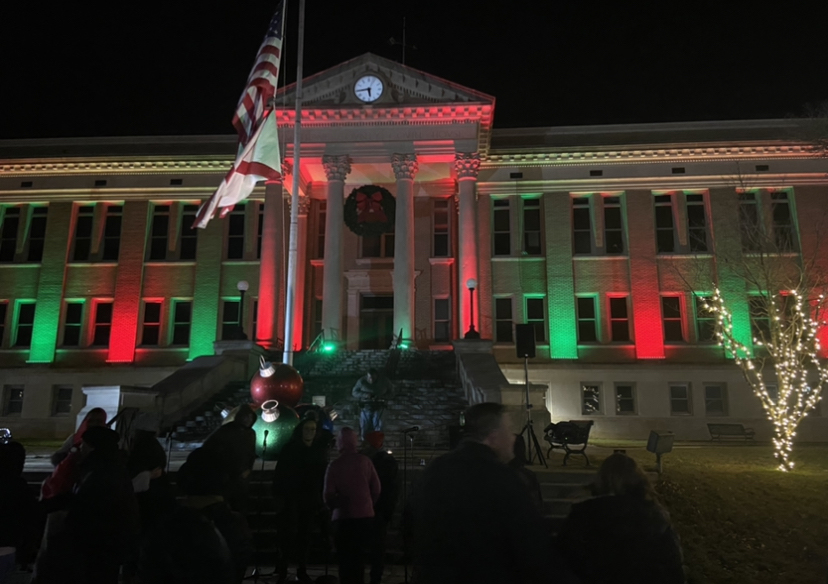 Gearing up for the upcoming holiday, Huntsville locals were invited to partake in the 11th annual sampling of apple cider, singing of Christmas songs and browsing of Christmas lights and trees in downtown Athens.

The event known as the “Sippin’ Cider Festival” was set for the second Saturday of December from 4 p.m. to 8 p.m. There were 24 stores participating in the festival, and the goal was to win the 2021 Cider Cup for best cider.

Customers scanned a QR code and voted on a survey online ranking each of the stores on a 5-star scale. Stores also competed for best window display, where participants would scan another QR code and simply choose their favorite store for the contest.

Each store had a unique apple cider in an effort to receive the award. I drank nearly 15 samples of apple cider trying to distinguish a winner. A couple of the stores featured “naughty” ciders along with the traditional “nice” ciders for those over the age of 21. Toppings from whipped cream to caramel to cinnamon were lathered on the samples.

My favorite cider was home to Hendricks-Patton Rancl Co Inc. The store provided paintings as well as furniture to compete with the delicious cider. The cider provided an earthy draw combined with the traditional apple flavor and cinnamon.”

In addition to the cider, the festival featured live music of Christmas songs, food trucks, s’mores and carriage rides. Live music was performed by The Oasis Christ’s Church to entertain guests and encouraged participants to join in on the singing. Carriage rides and live music were found in front of the decorated Limestone County Courthouse.

There were a variety of stores and goods from paintings and ornaments to clothes and toys, making something for all ages to enjoy.

Several stores revealed this event was always one of their busiest days of the year. The festival brought in hundreds of people to sample the cider and buy what stores had to offer.

The event was a perfect display of unity and holiday cheer within the community. The setting was truly magical and can only be described as a scene out of a Hallmark movie.