Senior Finds His Passion In FCA 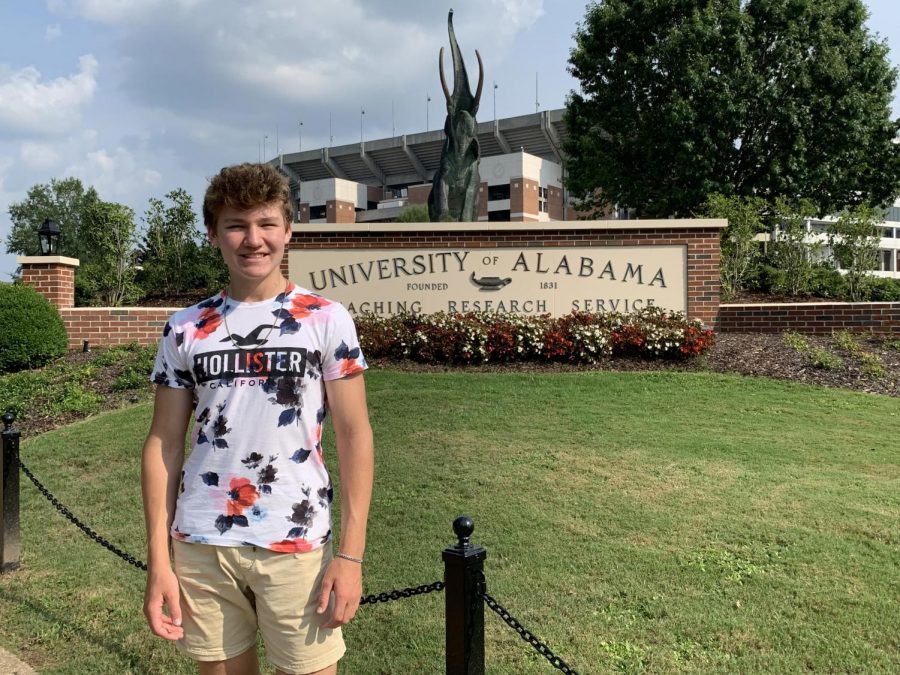 Forbes on his college visit to the University of Alabama

Growing to find something new can be inspiring and inspire others. That is what Connor Forbes learned about The Fellowship of Christian Athletes, also known as FCA, the summer he interned. Forbes was inspired by his childhood experience as a camper at FCA and encouraged him to become a leader and help other kids that are a part of FCA.

Forbes sees the impact of what he does and his growth in his relationships with people and in his faith. The light he has shared has left a mark and caused kids to change their hearts. Forbes’ influence on kids and his community has made a difference in his life and in others.

Forbes believes that he has grown at an amazing rate and is continuing to help FCA kids have the best experience at camp. Forbes realizes the importance of leading kids in their faith and reaching out to others. He knows the great time he had with FCA now he is ready to pass it on to other kids.

“I went to summer camps as a kid and have been a FCA Leader ever since elementary school. I interned with FCA over the summer to have fellowship with kids in sports and in God. Last year, I was interning at the North East Alabama FCA. This year, I am the FCA president at Sparkman,” Forbes said.

“It means planting the seeds in young children who may have never heard of Christianity. For some kids one camp with FCA could turn their lives around. I have grown in my ability to lead kids my own age, and younger, as well as giving talks/messages in front of many people,” Forbes said.

Forbes believes that setting the example for kids by his experience with Christ and the effect Christ has had on his career in wrestling has great value. He wants kids to be free to share their faith in Jesus Christ no matter who is listening. And he also wants kids who have never heard of Christ accept Him for the first time.

“I think that when I share with kids about how Christ has affected my wrestling career really speaks to them. The importance of this is so that they will go and lead prayer and worship within their own teams as well, like what I’m doing,” Forbes said.

Forbes also wants others to be inspired and help build the impact of FCA. And to spread the news of Jesus Christ and grow in their faith as well. Forbes believes that as someone begins to grow they will become more confident in helping kids learn and come to know Christ.

“You should volunteer with FCA because it is an outstanding experience to your faith, as well as become more confident in your abilities to lead and minister to kids,” Forbes said.