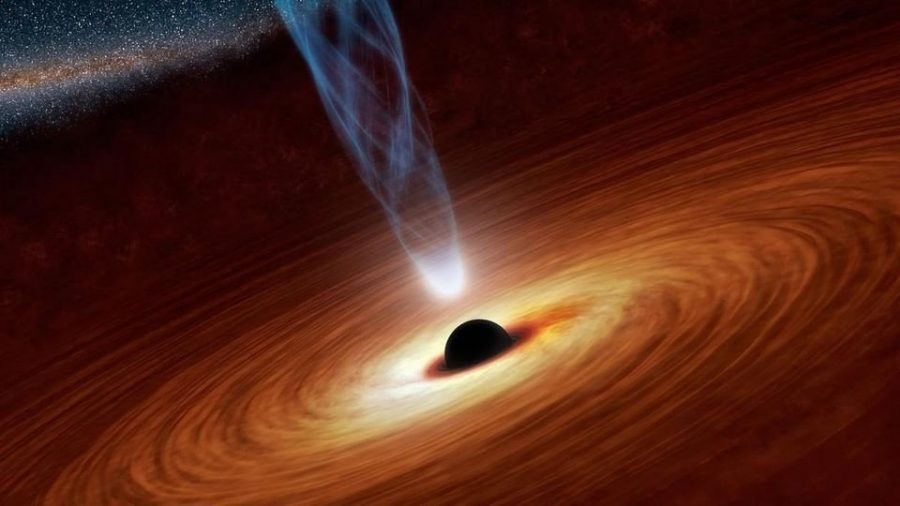 Black holes are one of the most unknown and dangerous things in our known universe. They have such a strong gravitational pull that light itself can not escape. Once anything comes too close to a black hole, the black hole will devour it and add its energy to the black hole’s collection. However, is there a way to get this energy back and take the energy that is held inside the black hole itself? The key to this is the simple fact that black holes spin.

A fundamental part of our universe is something that is already spinning and will not want to stop spinning-this is called angular momentum. So, if a super massive star collapses and turns into a black hole, the object that was once a star is still spinning. Something very large becomes very small, so according to angular momentum, the spinning will become faster because the object has become smaller.

The most secure way to steal this energy is called super radiance scattering. To create an environment where you can start super radiance scattering is to first envelop a black hole in mirrors at a distance where the black hole does not suck in the mirrors, in a way it is like building a Dyson sphere, from there all you have to do is shoot electromagnetic waves into the structure and allow them to bounce around the ergosphere and mirrors. Portions of the electromagnetic waves would travel into the blackhole feeding it energy to keep it alive and most of it would travel through the ergosphere. This would cause the waves within the ergosphere to tighten and squeeze closer together, you imagine this like throwing a ball against a wall and it coming back faster than a bullet, from there all we have to do is open mirrors on the structure and redirect the power from the structure to whatever point we need. We would be able to live off this power for trillions of years because of how long black holes exist. The only problem would be if we never opened the mirrors after shooting the electromagnetic waves, the waves would continue to bounce around the ergosphere till the power held inside the structure is far too much and it would explode. This explosion would be on the scale of a supernova explosion and one of the most powerful and destructive bombs ever created.

This megastructure would allow humans to survive far past the death of the stars in the universe. Once the last star has turned into a black dwarf and the universe goes cold. The last people alive might find themselves living next to a black hole.