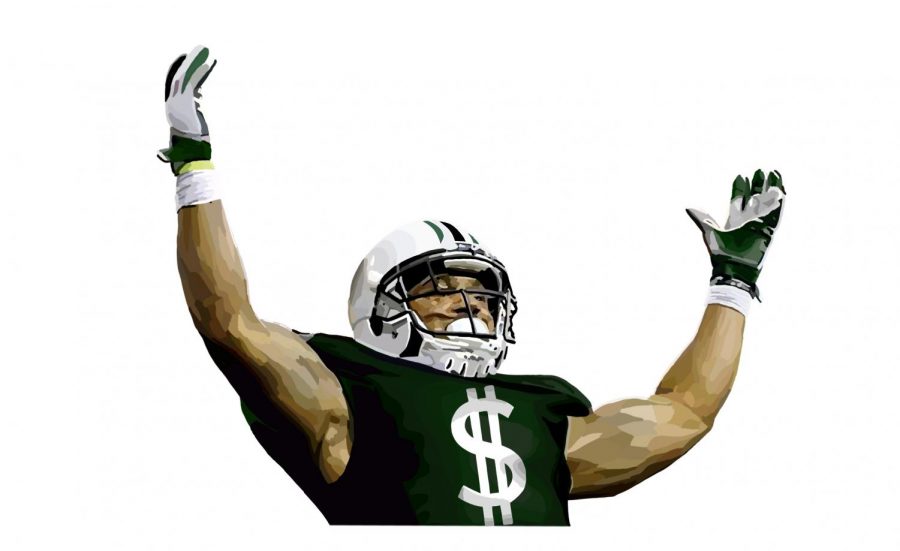 People and players have been asking the NCAA to allow players to make money off their name for years, now. With different options for college recruits to go to instead of college, the NCAA finally decided to allow players to monetize their name, image and likeness. The NIL rule went into effect on Thursday, July 1, but what does this mean for team chemistry, player ego and college sports in general?

Being a part of a team, having a connection with your teammates is extremely important. The team with the best chemistry will most likely win the game because they understand each person’s strengths and how to get each person in the best position to be effective in the game in a positive way. However, the NIL could possibly affect and possibly damage a team’s chemistry for a program. Now that players can get paid, players that have been on the team longer, or don’t have as big of a name as some incoming freshmen players. Upperclassmen, or other freshmen can see these paid players more as targets than as a teammate. It is a great thing to push teammates, but the new rule could cause some to resent their teammates.

To create a winning team and environment, putting egos aside and working together like a well-oiled machine can bring the best out in every person on the team. Of course this applies to sports. Everyone has their own job and everyone can improve and learn. With the new NCAA rule, some players that are getting paid will have inflated egos because they are getting paid. Instead of them being for the team and trying to win games, they will be more about their image and their own personal gain.

College sports as a whole seems to be moving in a better direction. However, with the NIL rule, it could cause more internal problems to programs and schools than a problem with the NCAA as an organization. Feuds between players, teammates and coaches seem to be almost inevitable, but paying players for their name, image and likeness is a good foot forward.