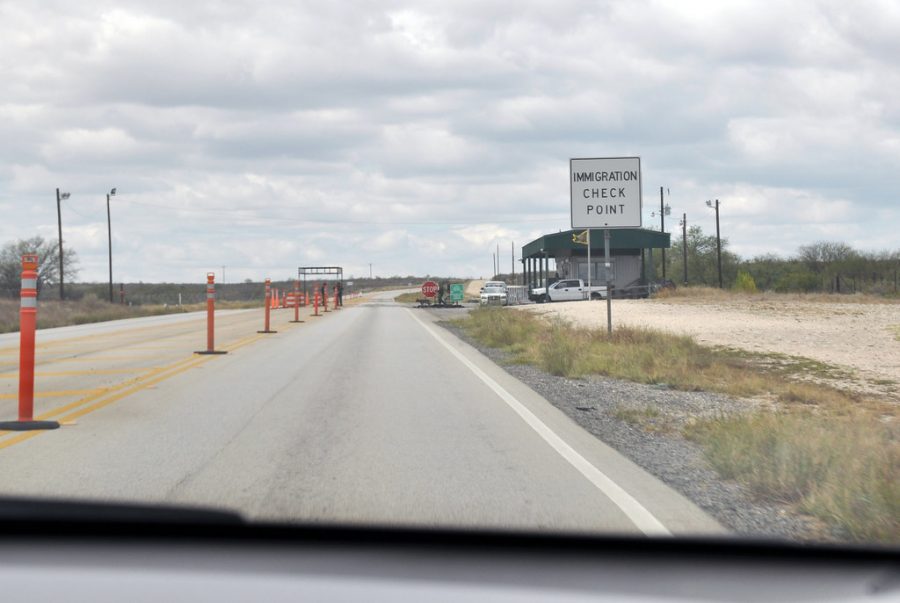 "Immigration checkpoint" by jonathan mcintosh is licensed with CC BY 2.0.

PRO: Immigrants Have Made America What It Is 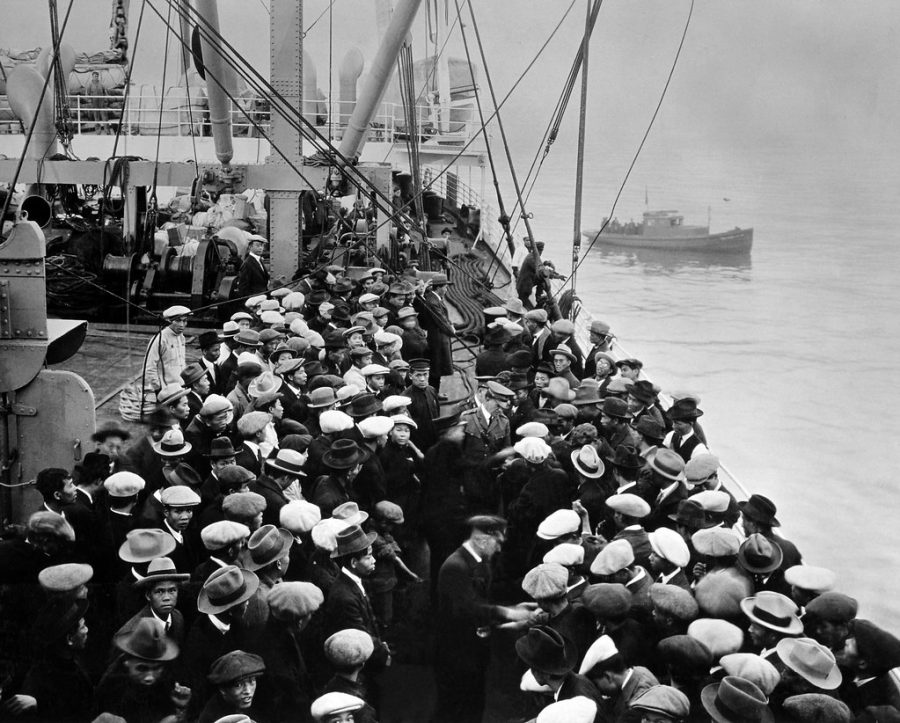 "Health Inspection of Immigrants in the 19th Century" by NIAID is licensed with CC BY 2.0

Immigration is one of the biggest debates among the American government and public. One side is pro-immigration and the other, not so much. The biggest debate among the right is crime, jobs, and most of all money. Now, there are immigrants who come to this country who seek to bring drugs and crime, but the immigrants who have been targeted the most these past four years are the ones who came seeking asylum. That is because there is a huge generalization that undocumented immigrants are criminals. They commit crime and take our American jobs. The issue under the last administration is that the generalization led to the separation of families who came to trust the America that citizens love to pride themselves on. They believed they were coming to the “greatest country in the world.” It is important that we look at these arguments and figure out what is valid and what is not.

As much as America does not like to admit it, immigrants do the jobs that we have little to no interest in. That does not mean we are lazy, it just means that we, as citizens, have more opportunity to do the less physically demanding jobs. According to an article published by Brookings, an organization with over 300 leading experts in government and academia, Felbab Brown explains that immigrants are not really stealing any jobs and the impact “of immigrant labor on the wages is low.” Brown explains that undocumented workers often do the jobs that native-born workers do not want to do. The real question is why do people care that undocumented immigrants are doing the jobs that Americans have the privilege of not wanting to do, especially if according to the Center for Immigration Studies, “illegal immigrants never make a majority of any jobs.”

I do not know where most of the public is getting their information about welfare, but the majority of people on welfare are white people, not undoumented immigrants. I am all for helping those in need. America should never turn their backs on poorer Americans simply because they are poor.

The right is more about hard work and less about “government handouts.” Yet, they seem to care more about the American people who are on welfare when illegal immigrants are on it too. It should be obvious that illegal immigrants can not get government assistance simply because they are illegal. According to the National Immigration Forum, “undocumented immigrants, including DACA holders, are ineligible to receive most federal public benefits” and they put more money than they take out into these benefit programs because they use them at lower rates than “that of U.S. born citizens.”

The generalization that all illegal immigrants are criminals who bring drugs and crime is a dangerous view. In “Separated” written by Jacob Soboroff, he discusses the trip to the border where he was witnessing a guard removing drugs from a vehicle. The guard stated that most illegal drugs come through legal ports of entry. Even USA Today reported that same statement with evidence to back it up. “According to the U.S. Customs and Border Protection statistics, 90% of heroin seized along the border, 88% of cocaine, 87% of methamphetamine, and 80% of fentanyl in the first 11 months of the 2018 fiscal year was caught trying to be smuggled in at legal crossing points” and the way these drugs get here have not changed. The people who do bring the drugs and the crime do not come to America to hang around. They come to do illegal business through legal entries and then leave. They work in Mexico and are not staying to get caught. The wall that the previous administration tried to build (which much of nothing got done)  kept out no one, but people fleeing dire situations. It may not be America’s job to take care of Mexico’s issues when it comes to their citizens, but the “greatest country in the world” should have a moral obligation to help those seeking it in our country especially if we are going to be an America that mainly prides itself on christian values. The drugs and the crime are not coming through at the border at the rates they are through legal entries, so what is America truly trying to keep out?

The Biden administration has a serious issue on its hands now. They have to reunite families separated at the border and get things done when it comes to immigration reform. The current immigration system we have is unproductive and needs changing. Coming to this country legally is not easy and some people do not have time to wait years to be able to get them and their family safe. That is what most illegal immigrants who cross the border are doing: the best option for them and their families and who is America to deny that right to anyone or punish them for doing so. Fixing immigration is less about deporting working immigrants and more about creating an immigration system that not only keeps Americans safe, but gives immigrants a way to be able to protect themselves and their families without taking away their rights. Besides if America really cared about illegal immigration, they would care most about visa overstay since more legal immigrants overstay visas than the illegal ones that cross the Mexico border 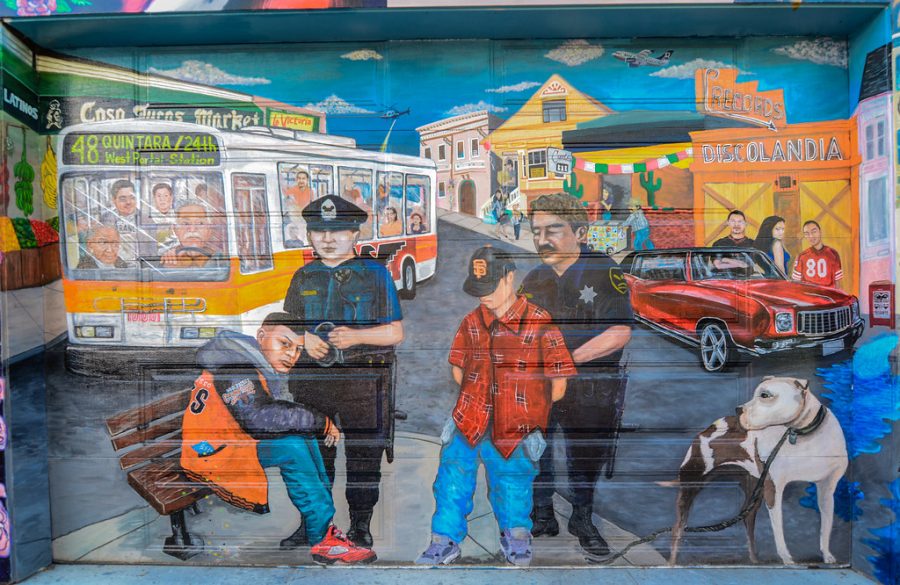 “Immigration must be designed to serve the needs of the nation, not the wants of the world. America, after all, is for America’s first. Immigration is not a right that belongs to anyone and everybody who wants to come. It is a privilege we Americans alone decide to confer” – Patrick J. Buchanan

Our country has been gutted from bad foreign policy. The establishment politicians support the jobs shipped across the ocean to China and other Asian countries for cheap labor while the big business donors (who give money to the politicians allowing this) enrich themselves. Then we give the jobs that are left are given to immigrants, both legal and illegal, who will do the jobs for cheap, further enriching the donors. This cannot continue.

When an immigrant comes to America, they have three options: get a job, live off welfare or crime. If they don’t do one of those three, they won’t be able to live. A job given to an immigrant is necessarily a job taken from an American. Many say that Americans are too lazy to do certain jobs and that we need immigrants to do them. This is untrue. According to the Center for Immigrations Studies (CIS),  out of the 474 occupations defined by the Department of Commerce only 6 of them are majority immigrant, the greatest being just 62% immigrant and only 2 above 60% immigrant. Illegal immigrants never make a majority any jobs, the greatest being 31% illegal and only 11 jobs being above 20%. Americans will do every job and immigrants are only used so the big businesses that use them can have a greater bottom line, selling out the American worker. Immigrants also lower wages for Americans. When you increase the supply of workers, which is what happens when you import more workers, the demand for workers goes down, lowering wages. The American Immigration system should primarily benefit Americans, not Immigrants.

If they don’t take an American’s job, they end up on welfare. This is also necessarily a burden on the American worker, because someone has to pay for welfare and that cost will land on the
American worker. According to a CIS study, 62% of immigrant households use some form of welfare while only 35% of Natives use welfare. In every way the Center broke the numbers, immigrants accounted for more welfare usage when compared to Native citizens, most of the time it was close to double. This is unacceptable.

That money given to them should instead be invested to help the homelessness problem faced by 194,000 unsheltered Americans, fixing and building up our infrastructure, and many other things that help Americans.

If they don’t take a job or get on welfare, they have to commit crimes to live. When our borders are insecure, many people come across with unknown intentions, including crime. Any drug that crosses the border is necessarily preventable. When it comes over here it will be sold by a gang, further funding the violence perpetuated by that group and continuing the profiting off of Americans with addictions. Anyone who is injured or killed by immigrants, both illegal and legal, are preventable deaths. The judge or official who allowed them in should face punishment if they continuously allow dangerous people to stay in this country. There is also a high rate of sexual assault by some immigrants, people who smuggle people across the southern border who many times work with the cartels, on women and children. In 2018, there was 1,543 arrests on or around the border for human trafficking charges. If there was a strong border, then the cartels and other organizations would not be able to traffic humans, who are generally women for sexual slavery, as easily as they do now. Walls are effective, most times stopping illegal crossings by over 90% when compared to no border.

Sanctuary Cities, a city that won’t deport illegal aliens when they are found, are borderline, if not completely, breaking federal law and should be treated as such by the federal government. Leadership in these cities claim that these policies are implemented to stop the fear of deportation from illegal aliens so that they would be more likely to use health and social services, enroll their children in school, and be willing to report crimes. The first two of the three are paid for by the American taxpayer and are some of the ways that illegals cost more than they put into the system. However, their willingness to report crimes is a good argument for sanctuary cities, but at what cost?

Many claim that when you aren’t pro- immigrant, you are racist. This isn’t true. As I have laid out, my primary focus, as should be the American government, is the American people. This has nothing to do with race. I don’t want a Frenchman coming and taking a job from an American already here just as much as a Guatemalan coming and doing the same. After the Civil Rights Act of 1964, African Americans never had the opportunity to make it because in 1965, The Immigration and Nationality Act was passed that allowed immigration to skyrocket and take any job that could have brought the African American Family up in economic status. There are other factors that affected the African American Family, but this was one of the main reasons at the beginning. To clarify: the Immigration Act’s goal was to remove race from allowing in new immigrants, but it caused immigration to skyrocket.

Many middle and upper class, especially young, people believe the moral position is to allow immigrants into America because they believe, in their many times unearned wealth, that America is wealthy enough to provide for everyone and has a moral duty to do so. This is untrue. America’s moral duty is to support her citizens and no one else. The only people that benefit from immigration is are the immigrants themselves and the big business donors and their donees at the expense of the American workers in the gutted “flyover states.”