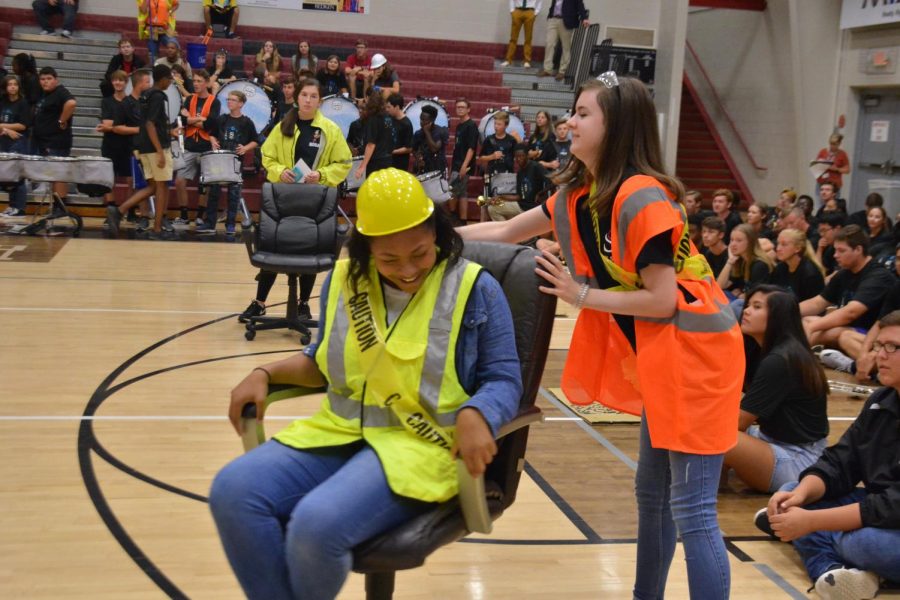 SGA Plans for the Year

With Sparkman having such a large student body, it is necessary that students have a voice. SGA is the voice of the student body and they make important decisions that concerns all students. This includes homecoming, prom, and pep rallies.

Prom can be the most important and impactful dance in a student’s high school career. Its memories can last for a lifetime.

“Along with prom, we also do Make-A-Wish Week. We are hoping to grant two wishes this year, instead of just one in the past. With that, it will require more fundraising,” senior Saylor Cuzzort said.

Make-A-Wish is a non-profit organization that was founded to create life-long wishes for children ages two-and-a-half to eighteen.

“We hope to take advantage of what Sparkman students have to offer,” Cuzzort said.

One challenge of being in SGA is planning homecoming dress up week. There are many ideas, but only five are chosen. Like the dance, dress up week will be space-themed. It will be exciting for students to see what outfits their peers will be in. It will take place from Sep. 16 to 20.

“The SGA club collectively voted on dress up week two weeks ago. We plan on playing Family Feud during homecoming week as well as tailgating on that Thursday night,” Cuzzort said. “We also direct homecoming court and the homecoming dance, which is space themed,” Cuzzort said. “With the 50 year anniversary of Apollo 11, and the Area 51 raid, we wanted to do something current and relevant for the students.”

“Our main goal,” SGA teacher Ashly Johnson said, “Is to make sure that students in the school have students they can connect with and can go to administration to share their thoughts and concerns.”