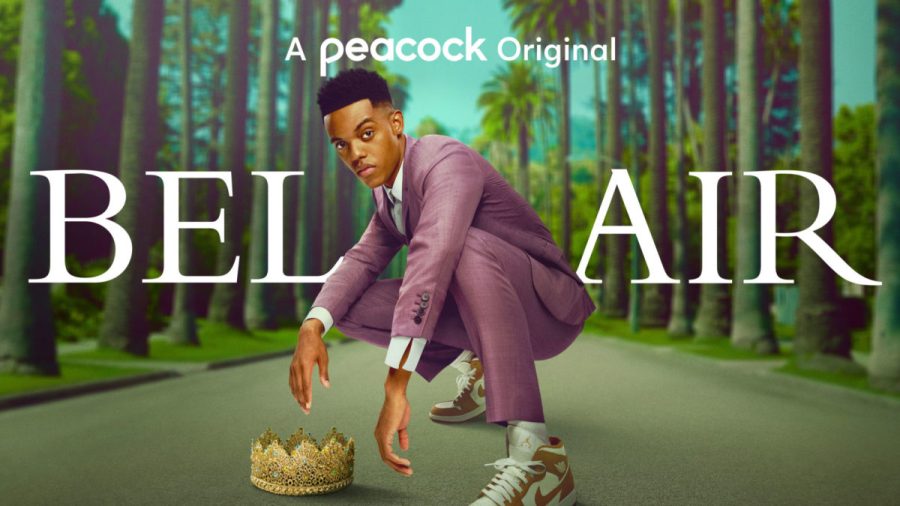 If you have been on the internet at all, you most likely have seen or heard of “The Fresh Prince of Bel-Air”. The iconic 1990’s show that skyrocketed the well-known actor Will Smith to fame  was recently rebooted into a modernized drama-like show.

The show started off as a simple concept film on YouTube back in 2019 by filmmaker Morgan Cooper. Will Smith noticed its potential and spoke with the creative team behind it and developed it from a fake trailer to a popular and highly anticipated drama series.

Airing with three episodes on the streaming service Peacock in early February, the show started off strong with a powerful opening using J Cole’s 2014 release “No Role Modelz”, Focusing on the verse, “First things first, rest in peace Uncle Phil”, A reference to the late James Avery, the original actor for Uncle Phil back in 90’s.

Like the original, the show follows the life of West Philadelphia teen Will Smith (Jabari Banks) as his life goes from being scouted by multiple college basketball teams to living in fear of being hunted down by furious gang members. The new adaptation touches a lot more on what really went down in West Philly compared to the 90’s sitcom, showing the gun violence and dangers that really happened while the original only briefly mentions it.

Throughout the ten episodes of season one, we watch Will learn to adapt to a totally new environment. The show does a great job digging deeper into the original story as it covers the struggles and triumphs of moving across the country and rekindling old relationships and creating new ones.

The show recently just finished its 10 episode season with a new episode coming out every Thursday on the streaming service Peacock.