New Playstation Worth Every Penny 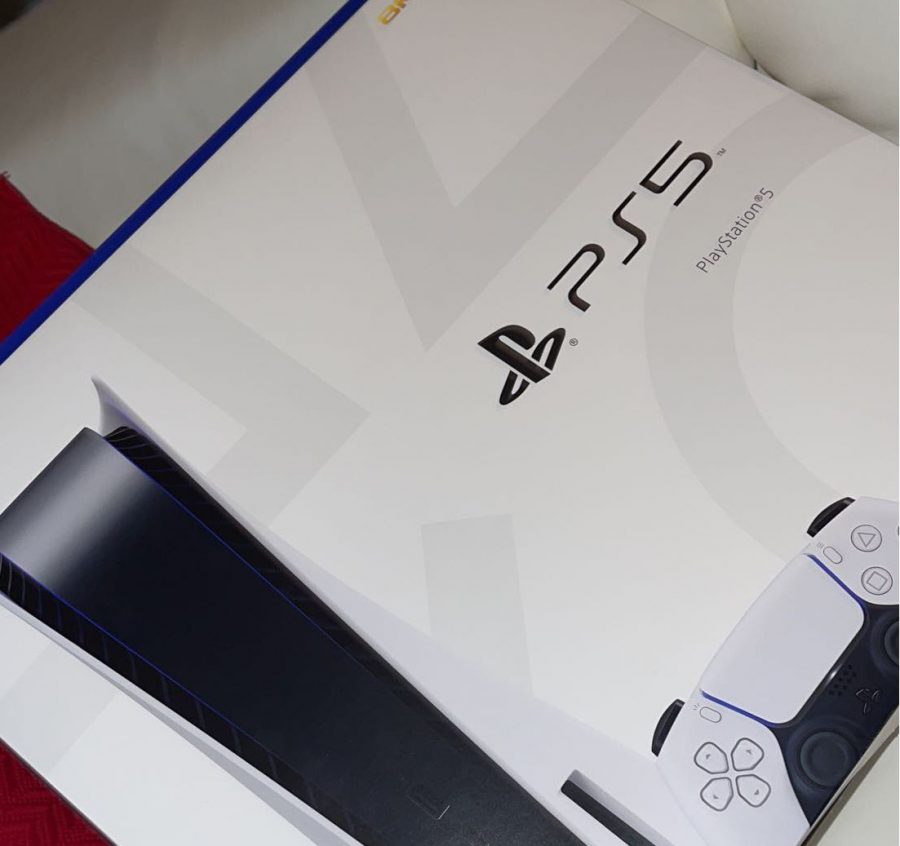 The PS5 sold out on the day it was released, keeping students eagerly waiting for new supplies to be stocked.

Ever since Sony dropped the release date for long-awaited PS5, the world at large has gone crazy over the console’s sleek user interface, new features, and swift speeds.

Because a new PlayStation only drops every six to seven years, the long-awaited news excited many people, and the welcome wagon it was met with showed the crowd’s excitement tenfold. The drops of stock in stores sold out in mere seconds, and many websites struggled to keep up with the vast amount of people rapidly refreshing their page every two seconds.

The enthusiasm was well-deserved; the new console had undergone many game-changing upgrades that were bound to drastically improve the game-playing experience. For starters, many different activities can now be accomplished mid-game. With the simple click of a button, the Game Center will be brought up, where you can easily access all types of settings and activities, whether that to see your friends, pull up information or objectives about the game you are playing, or something else entirely. All of this can be done without ever leaving the game screen once.

The game functionality is also massively improved. In the PS4, simply moving from one part of the game’s map to another could take you to a loading screen that would spin for minutes; in the PS5, the transitions between parts of a map are so smooth, it would hardly seem like there was a loading screen at all.

All these upgrades make it no surprise that the new console was so well received. If you want one, however, you need to start scanning the market now. Hordes of people are already scouring the market for restocks in supply, and razor-sharp diligence is necessary if you even want to entertain the thought. Officially, the PS5 only costs $399-$499 depending on the version you buy, but resells can range from $1,000 to $30,000, some topping the charts at $50,000.

Given how difficult it is to obtain one of these consoles, it leaves a few with one question: is the PS5 really worth the hype?

There are a few issues that leave a lot to be desired. For one, the storage space is going to be heavily limited from the start. It offers only 825GB of storage, and a large portion of that storage will be inaccessible to the user due to the system requirements. Coupled with the fact that some games require upwards of 100GB of storage, many are disappointed with the amount of storage at their disposal.

The PS5 design also proved to be inadequate to many. When the PS5 was first announced, the design sparked controversy among the internet. Some complained that it was too different from the styles of the old PlayStation consoles, and others complained that the disk drive looked to be slapped on at the last minute, ruining any attempt at symmetry. Not only that, but the size of the console sits at a whopping 15 inches tall, 10 inches long, and 4 inches wide. For better or for worse, it is certain to be the defining feature of any room.

Even though there are some aspects of the PS5 that are less than impressive, it has proven to be a massive upgrade overall, and has redefined what it means to be a new-generation console. It offers a great chance to experience everything that gaming has to offer, whether it be a dazzling open-world adventure or a simple puzzle game.