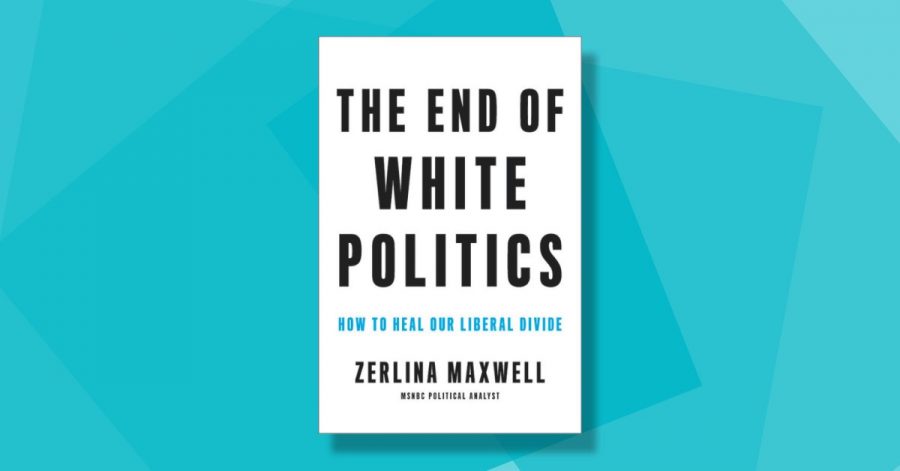 “The End of White Politics” has been named to the Top 100 books to read.

The Black vote. That is a phrase you hear every election season and it is the vote taken for granted the most by the Democratic party. “The End Of White Politics”, and no it is not a book attacking white Republicans and conservatives as many people might think, was written by Zerlina Maxwell. Maxwell is an MSNBC political analyst and her book is the map the Democratic party needs to use in order to get black people to vote for their party in better numbers.

The book has 10 chapters, including the introduction and conclusion, and breaks down every reason the Black vote is important and why the Black vote is not taken seriously. Identity politics was her theme of the book, mainly stating that without the Democratic party addressing Black voters’ concern, they will never see a turnout that is possible to win elections. She also addressed how powerful the black vote is especially in the chapters “The Obama Coalition” and “In Black Women We Trust” where she mentioned Alabama’s former Democratic Senator, Doug Jones.

The book was more informative and factual than an attack on white people in the Democratic party, which made it intriguing. I could not put it down just based on the facts I was learning. I knew that the Democratic party was failing and currently is failing to address black and minority voters specifically, but Maxwell provided more in depth reasons as to why black voters are not voting at the rates they could be. In each chapter she brought evidence as to where the Democratic party was lacking, how to fix it, and used her knowledge from working on both Obama and Hillary’s campaign to prove her statements.

As mentioned before, my favorite chapter was “In Black Women We Trust”. Since I am a black woman, I was excited to learn information and I ended up learning mostly about how Alabama, a proud and historic red state, ended up with a Democratic senator for six years before this last election. This chapter really spoke as to how important black women’s votes are. She explained that without black women, Jones would have had a harder time making it into office as his strategy mirrored Obama’s when it came to the black vote. This not only made me feel powerful as a future voter, but she also did an amazing job making sure that if a politician read her book, they understood what must be done to get black women and black people on their side to win and no, the opponent does not need sexual harassment allegations to lose.

Without the black vote, specifically the votes from black women, President-elect Biden probably would not have won at the rate he did. The black vote was up this election and the majority of that went to Biden. According to Vox “12 percent of Black men voters backed Trump, compared to 6 percent of Black women”. This election only proved Maxwell’s claim and so has any election that needed and depended on the Black vote to win.

Maxwell’s book is a short, easy and educational read. She ended her book by empowering minorities and reminding us that our vote matters more than told. It is an ending full of hope as she writes “The time is now and it’s women and people of color who have the numbers. The power is in our hands.”