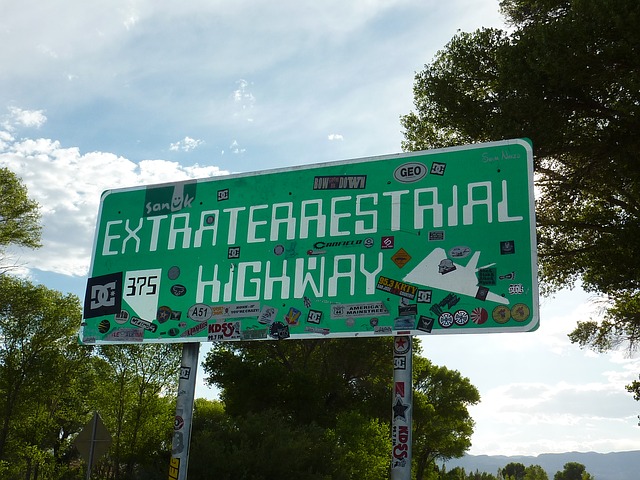 Area 51 houses an abundance of otherworldly attractions and features.  ET would be to your left and the FBI agent watching through your phone is to your right.  Unicorns take charge down fluorescent hallways. Little green men clip agents’ ankles with their razor scooters as they zoom across linoleum floors.  Godzilla and King Kong battle it out in the mess hall. Your sleep paralysis demon lives two doors down from Bigfoot and Mothman– and both make surprisingly good Snickerdoodles.

From its tightlipped establishment as a US Air Force Base in April of 1955 to today’s open secret of being an extraterrestrial safe haven, Area 51 has had a rocky history.  Since the installation at Groom Lake in southern Nevada, there’s been years of speculation. Growing reports of UFO sightings and abductions within the area became a frighteningly stable staple, and the US Military’s suspicious denial and misdirections of questions only added fuel to the conspiracy fire.

There was one specific occurrence in 1994. Contractors stepped forward in a lawsuit involving Area 51 dumping dangerous chemicals in deep trenches around the lake.  They proved they were sick with traces of dioxin, dibenzofuran and trichloroethylene in their systems body fat– three dangerous pollutants that were claimed to be mishandled by the Air Force.   The contractors sought after classified documents in hopes of spurring on the treatment of those infected, but, through Clinton’s Presidential Mandate, these documents were never published for the public.  The Supreme Court refused to hear the case because of the lack of formal evidence and the contractors lost their lawsuit.

In another situation in December 2007, two airline pilots noticed that the base had appeared in their aircraft’s navigation systems’ latest database revision.  Area 51 was given an identifier code of KXTA and was listed as “Homey Airport”. This inadvertent release of the data led to the Aircraft Owners and Pilots Association advising teachers to explicitly warn their student pilots  about the KXTA. Students were not to consider it as a waypoint or destination for any flight despite it now appearing in public navigation.

Today it is widely known that Area 51 is a US Air Force base.  It is common sense that the US Military would like to keep their doings and biddings under wraps even if it is still on the ‘official’ record.   However, the controversy and conspiracy surrounding this rather occult and extra mundane place makes it a permanent and well loved staple in the cryptid communities.

Besides, haven’t you ever wanted to explore the labyrinth corridors and see what unexplained phenomenon your trudging might dig up?